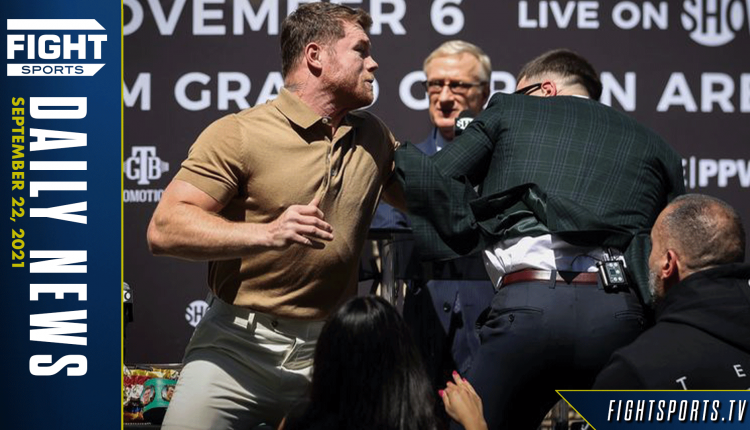 Canelo Alvarez and Caleb Plant have been flooding social media since the two boxers got handsy in their press conference Tuesday evening ahead of their November 6 showdown. Teofimo Lopez said he refuses to have the George Kambosos bout moved again for the potential seventh time. Conor McGregor was another fighter who went viral Tuesday after throwing the ceremonial first pitch at the Chicago Cubs game, but his throw was, arguably, the worst ever. Today in the Fight Sports Daily News.

Spence Vs. Crawford This Year, Haney Vs. Lomachenko In The Works And Leandro…

Where To Watch: Marlon Vera Vs. Dominick Cruz Tonight

Where To Watch: Teofimo Lopez Vs. Pedro Campa Tonight