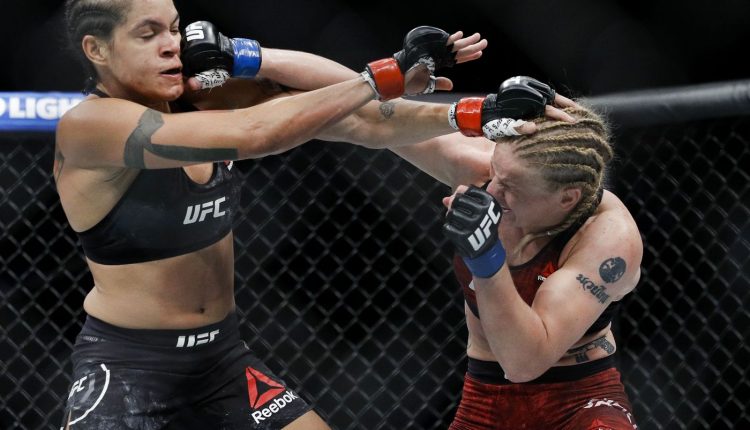 Amanda Nunes Open To A Third Fight With Valentina Shevchenko

Amanda Nunes has been giving very strong opinions regarding Valentina Shevchenko as of late.

The 34-year-old has recently said that the Kyrgyzstani-Peruvian athlete shouldn’t have won her last title defense. However, she has welcomed a potential third fight with the former Muay Thai fighter.

Shortly after regaining the bantamweight title in five-round domination of Julianna Penna in UFC 277, it was Shevchenko who grabbed the headlines.

The 34-year-old went to her Twitter account and stated that her rival copied some of her striking strategies to get the win in UFC 277.

As those comments were directed at Nunes, the two-division champ reacted very positively.

“She has to put out something to stand out, because right now, as a champion, Valentina, she lost her last fight. I really think if Taila doesn’t get that headbutt, that fight could have been way different.”

Shevchenko is coming off a narrow win over Santos in UFC 275, where her opponent’s vision was affected due to the accidental clash of heads.

Both of the previous encounters have gone in the way of the American.

Most importantly, UFC President Dana White seems more interested in a Saturday night after having dismissed the Nunes-Shevchenko rumors initially.

This Is How Much It’ll Cost To Watch Canelo Alvarez Vs. Gennadiy Golovkin 3