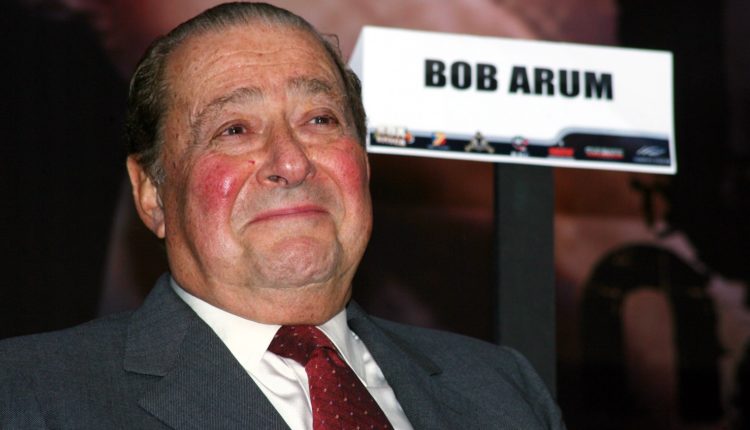 Late last week, Bob Arum discussed plans to have boxing return by the early summer. Top Rank’s fearless leader stated that all events will be on ESPN and ESPN+ and there will be multiple fight nights, just like the UFC. The 88-year-old was able to elaborate on some of his plans earlier this week.

Appearing on SiriusXM’s “At The Fights” radio show, Arum spoke with Gerry Cooney and Randy Gordon about starting up shop again. Unlike the UFC in Florida, Arum has plans to house events in Nevada, where combat sports are still on hold by the Nevada Athletic Commission. Regardless, Arum will adhere to rigorous coronavirus testing to ensure events are possible.

“We have contacted most of our fighters,” Arum stated, via Boxing Scene. “We plan to launch the first week in June in a safe, secure way. We’re gonna initially launch in Nevada. We’ve made arrangements or are making arrangements with a hotel. We can get everybody tested, put them in a bubble and get these fights on. And unfortunately, because a lot of it requires so much extra work and care and testing that we’re gonna limit our fight shows to four fights a card. But that’s the bad side.

“The good side is we hope, we’re arranging with ESPN to do two or three events every week. So, because you know, you take a big sports network like ESPN, ESPN+, they don’t have live sports now and putting boxing on, particularly top-level boxing, will attract big audiences.”

Arum previously spoke with Crystina Poncher about putting on events. He mentioned that fighters who had bouts postponed due to the pandemic would most likely appear on the fight cards. Names like Shakur Stevenson and Jose Ramirez come to mind. He did not include a potential Deontay Wilder-Tyson Fury trilogy fight, due to revenue being an important factor with fighters as big as those two.

While Arum hasn’t spoken well about UFC President Dana White and how he has handled UFC 249, the event was able to go off on ESPN+ PPV this past weekend. Top Rank’s deal with ESPN would allow them to broadcast events (not PPV’s) at a time when coverage on the network is limited.

Will Top Rank be able to successfully hold events in Nevada?

McGregor Ready To Take Out Gaethje, The Rest Of The Lightweight Division

Mayweather Responds To Spence: ‘I’m Proud Of Him’