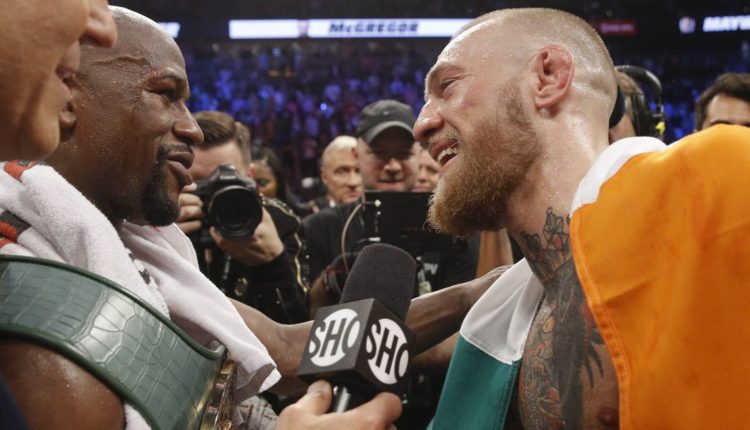 When Conor McGregor announced his intentions to return to action in Moscow a few months ago, he meant both inside the octagon and the boxing ring. Now, a plan is in place for that to become a reality.

Audie Attar, McGregor’s manager, has been adamant about his client’s return to the boxing world. Stating he’s serious, Attar said McGregor’s had talks with Bob Arum and Floyd Mayweather. Now, Attar is looking to add more fuel to the fire. Speaking with MMA Junkie, Attar discussed what McGregor’s priorities are, in order. The first goal being winning UFC gold again.

“I think he’s thinking MMA first,” Attar stated. “Boxing is definitely something he plans on doing, but I think he’s thinking MMA first. And who the opponent is, it could be (Justin Gaethje or Tony Ferguson), it could be someone else. It just depends on how things play out and where he wants to take it. Ultimately, I think all the fans want to see him fight, so it doesn’t matter who he fights – he’ll fight someone.

“Whether he fights (Gaethje) or whether he fights another opponent, we will see. Let’s see how this thing plays out and let’s see how discussions go and then as it relates to him fighting Manny or any other boxer in the future, that’s always a possibility.”

McGregor (22-4) last fought inside a boxing ring in 2017, losing to the former world champion via TKO. He made over $100 million for that one fight. Since then, he has teased appearances here and there. The former UFC Lightweight and Featherweight Champion has mentioned fighting against Manny Pacquiao, while Top Rank’s Arum has been looking into McGregor v. Terence Crawford.

On his quest for three MMA fights this year, McGregor had his first one in January, beating Donald Cerrone at UFC 246. It only took 40 seconds for him to take “Cowboy” out. He has since told UFC President Dana White he is interested in competing on “Fight Island”, and has even called out plans for the lightweight division. Attar went on to say that as long as the matchup and the situation is right, we could see McGregor back in action soon.

“Ultimately, I think that there’s a few matchups that we can make,” Attar said. “It’s just about how things play out and what makes sense.”

Garcia Wants To Be Remembered As A Top Fighter