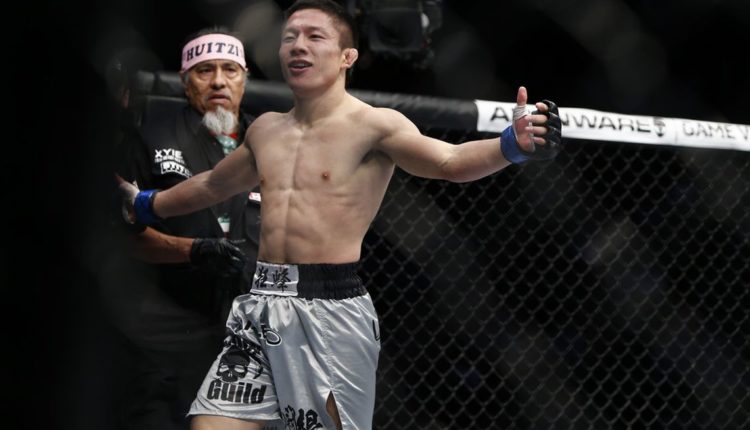 Earlier this year Kyoji Horiguchi made a statement by defeating Darrion Caldwell and adding the Bellator bantamweight title to his RIZIN bantamweight crown.

Yet, just over a minute into his non-title fight against Kai Asakura at Rizin 18, he would hit the canvas and watch the lights, losing in dramatic fashion.

“I can’t talk about why that fight happened or how it happened because I really wasn’t aware of the situation,” Bellator president Scott Coker told MMA Fighting. “I just knew it wasn’t a title fight.

“That’s the beauty of this sport. I think Horiguchi probably underestimated the opponent a little bit and thought he’d just take it to him and the guy comes out and knocks him out. That’s MMA. You never know what’s going to happen.”

With the loss, Horiguchi maintains both titles, but will most likely have to stand across from Asakura one more time this year, delaying Horiguchi from returning to the United States to defend his Bellator title.

“It’s a little bit complicated but at the end of the day, the champ’s going to come over and he’ll fight whoever the top contender is, whether it’s a Japanese fighter, or whatever, we’ll have a great fight for him.”

More At Stake For GGG-Derevyanchenko