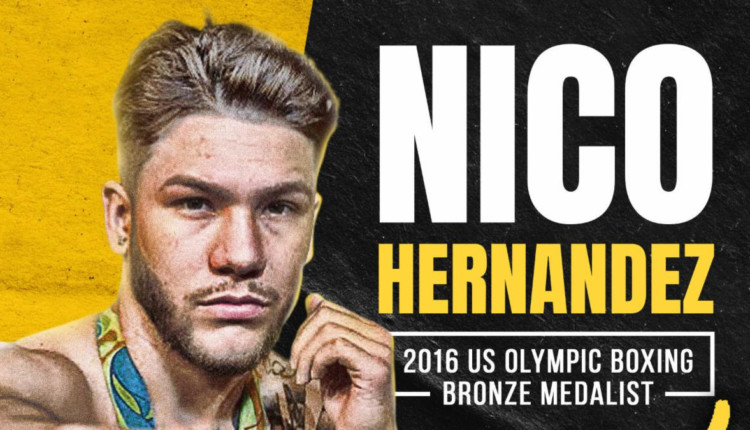 As the BKFC prepares to return to action early in 2020, the organization has added a new fighter to their ranks, one with an Olympic pedigree.

Nico Hernandez, who was not only a member of the United States Olympic team during the Rio Games in 2016, but earned a bronze medal in the process, has signed to fight in the BKFC’s flyweight division.

“BKFC is doing some amazing things in combat sports,” said Hernandez who will debut on March 14th against a to be named opponent. “This is as real as it gets, and now I get to punch someone in the face without gloves. I can’t wait to fight for the fastest growing combat sports promotion in the world. When I step into the ring on March 14, the gloves come off!”

“We are very pleased to sign Nico Hernandez to a contract to fight March 14,” said BKFC founder and President David Feldman. “Nico is very talented and always brings his aggressive style to the table. This indicates the direction we are going, by signing young stars with great potential. Nico is one of many great boxing signings we will have in 2020 for BKFC. We can’t wait to see what Nico delivers!”

Following his efforts in the 2016 Olympics, Hernandez turned pro in March of 2017 and has since compiled a 7-0 record, winning four by way of knockout.

Joshua Looks To Build Off Of Historic 2019