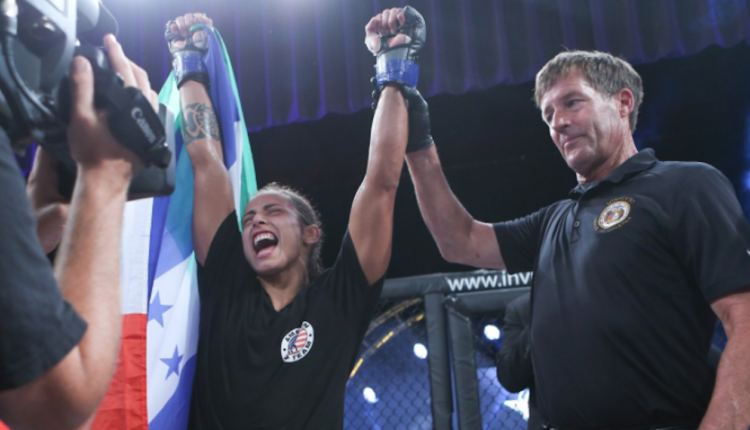 Mara Romero Borella made a successful Invicta debut, winning her bout against Milana Dudieva — a fighter with experience in the UFC — via split decision in the main event of Invicta FC 24, which took place on July 15 in Kansas City, Missouri.

While Dudieva was unable to get too much done while grappling with Borella, Dudieva seemed to take the first round with the use of a judo throw early on, as well as a guillotine attempt that was held onto until the end of the round. Borella, however, took round two by turning the tables, getting on top on the ground and landing some vicious ground-and-pound.

Borella was on top again in the third, but Dudieva attempted a triangle choke. Borella fought out halfway through the round, however, and soon got her own triangle submission attempt in.

Borella got the split decision win, with one judge giving Dudieva the bout 29-28, while two others awarded the win to Borella 30-27 and 29-28.