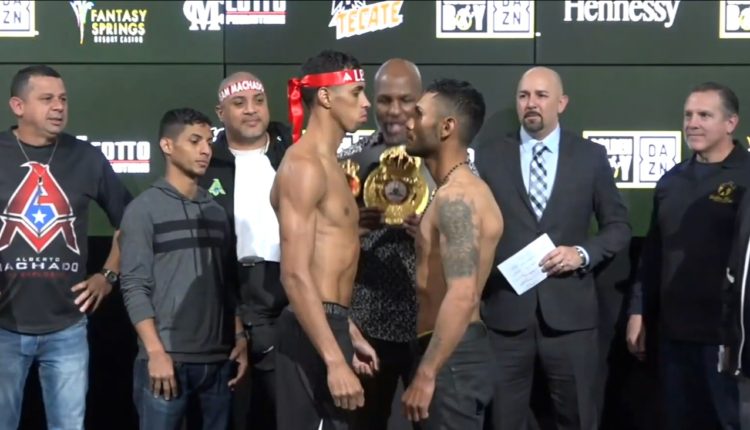 Andrew Cancio may have pulled off the biggest upset of 2019 just six weeks into the new year.

Cancio bounced back from a first-round knockdown to stop Alberto Machado in the fourth round to win the WBA “Regular” super featherweight title.

The fight started off well for Machado as he managed to drop Cancio at the start of the fight and nearly stopped him in the opening frame, but Cancio survived the initial onslaught. Cancio would eventually fight back and score a well-placed jab to the body in the fourth round to drop Machado. Machado was barely able to get up and Cancio swarmed Machado, dropping him again later in the round. After Machado got up once more, Cancio quickly went on the attack until the referee put a halt to the fight.

The co-main event featured the return of WBC super bantamweight champion Rey Vargas after he spent the last nine months recovering from injuries. Vargas had big trouble early in his title defense against Franklin Manzanilla as Manzanilla scored a knockdown in the second round with a vicious left hook.

Vargas recovered from the knockdown and started to fight more aggressively against Manzanilla. Vargas landed a stiff right hand at the end of the fourth round to hurt Manzanilla, but not enough to drop him. As the fight got deeper and deeper, Manzanilla would get too aggressive and commit numerous fouls, forcing the referee to deduct a point from him on two different occasions.

Davis Takes Out Ruiz In First Round To Retain WBA Title