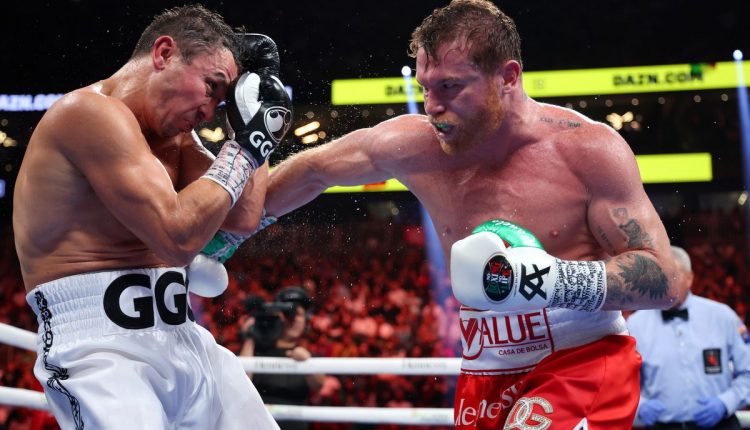 Canelo Alvarez didn’t allow Gennadiy Golovkin to get his revenge.

On Saturday, at the T-Mobile Arena in Las Vegas, Alvarez retained his undisputed super middleweight championship by unanimous decision.

“I’m going to keep my legacy going strong,” Alvarez said after saying that Golovkin is a good fighter.

Golovkin said that this fight was much more tactic, but today Alvarez was better. He compared Alvarez to NBA legends Michael Jordan and Kobe Bryant.

In the first round, Alvarez and Golovkin spent it feeling each other out, though both fighters didn’t hesitate to throw punches at one another.

The second round, the crowd cheered a little more. Alvarez seemed more mobile on the defensive side while Golovkin remained on the offensive. Still, both fighters remained disciplined.

For Golovkin, it looked like he was looking for the perfect opening while Alvarez continued to press forward.

The third round, Alvarez started to press a little more. The crowd began to go a little wild after Alvarez landed a hook. The two boxers continued to remain mobile, but Alvarez looked more active.

For the fourth round, the crowd continued to make noise for Alvarez. He pushed back his opponent, but it didn’t seem to faze him as much.

The bout continued into the fifth, where Golovkinn seemed to take more chances, but it didn’t seem to intimidate Alvarez, who landed a few punches to the body as the crowd reacted. He avoided Golovkin’s punches. Golovkin stumbled a little, which let Alvarez take advantage, but his opponent took the punch.

In the sixth round, the two seemed to try picking up the pace.

The two opened the seventh round by throwing punches at each other. The commentators on the DAZN broadcast continuously talked about how Golovkin was not doing enough to overpower Alvarez.

The crowd went wild when Alvarez was pressed on the ropes, but the undisputed super middleweight champion was able to escape seconds before the bell.

Less than two minutes into the ninth round, Golovkin again riled up the crowd with a combination of punches and forced Alvarez onto the ropes. He continued to force the Mexican boxer into the corner as the champion seemed to get worn out.

In their last fight, GGG landed 18 punches per round while at this point on Saturday, he landed nine, according to commentators.

For the tenth round, the crowd got vocal. Alvarez began to become more active as revenge for the previous round. The crowd booed as Alvarez took a few hits. Golovkin landed triple jabs, but Alvarez lasted until the end of the round. The referee announced that there was an accidental head butt.

At this point Alvarez was taking more punches than at the beginning. Alvarez began to back up once more, but the commentators continued to say that Alvarez was still the better fighter.

Heading into the final round, the two fired punches. The two would clench as GGG seemed to be backing off a little. Alvarez was able to fend off the blows and respond with a few combinations of his own.

With less than 30 seconds to the fight, the crowd cheered as the two boxers hugged one another.

Saddik And Plazibat Sidelined For Now