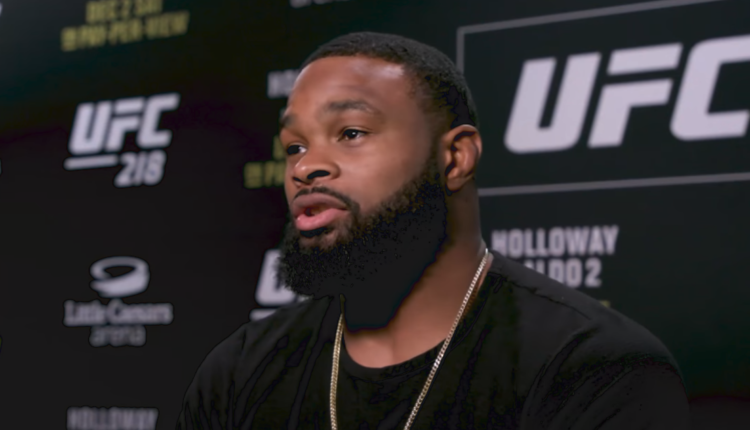 CHECK OUT: Update On Tyron Woodley Vs. Colby Covington

It appears all that was needed for a fight to take place between two top welterweights was time.

According to MMA Fighting, the planned Tyron Woodley v. Colby Covington bout is scheduled to take place on September 19. The report comes after Woodley himself posted a video on Instagram.

The former UFC Welterweight Champion stated the UFC’s APEX Center would host the event. He promised more videos and said he is ready for a fight two years in the making.

An initial bout between the two was planned for August 22. Covington ended up posting a picture of a bout agreement between the two. Woodley appeared to decline the offer. This was due to him fighting Gilbert Burns back in May, requiring him to need time to rest and prepare for the bout.

A former Strikeforce competitor, Woodley made his UFC debut in 2013. He beat Robbie Lawler for the UFC Welterweight Title in 2016 and defended it four times. “The Chosen One” lost the title to Kamaru Usman at UFC 235. A collegiate wrestler, Woodley last fought against Burns, losing via unanimous decision, his second loss in a row.

After losing to Warlley Alves at UFC 194 in 2015, Covington went on to seven-fight win streak, winning the interim UFC Welterweight Title in the process. He also gained a controversial persona that made him marketable. “Chaos’” last fight was in December, losing to champion Usman via TKO at UFC 245.

Woodley stated he would be main eventing the card against Covington. The September 19 date is the same time as UFC 253, which is set to feature Israel Adesanya defending his UFC Middleweight Title against Paulo Costa.

Are We Close To Seeing Ryan Garcia Vs. Luke Campbell?

Jessica McCaskill Ready To Secure Her Own Destiny Against Cecilia Braekhus