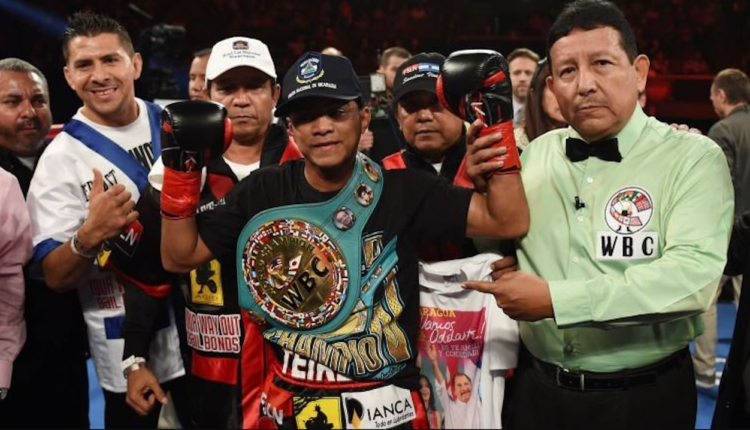 But after 46 straight wins, he was shaken for a controversial upset loss to Srisaket Sor Rungvisai in March 2017 at Madison Square Garden, losing the WBC Super Flyweight Title with his unbeaten record. The pair rematched later that September and Rungvisai pulled off a shocker yet again by knocking Gonzalez out.

On Sept. 15, Chocolatito will return to the ring for the first time since that knockout loss, facing Moises Fuentes as part of the undercard for Canelo Alvarez vs. Gennady Golovkin 2.

But Gonzalez admitted in a recent conference call that there was a real chance that him being knocked out could’ve been the last image seen of him in a ring.

“I really wanted to retire,” Gonzalez said. “I wanted to spend time with my children, which I hadn’t been able to do due to so much determination in my career and the training and whatnot. But at the same time, I spoke to my family and my family encouraged me, as well as encouraging myself, to be able to fight in the ring. I feel it wasn’t my time [to retire] and now I’m ready to fight once again September 15th, if God gives me the strength.”

Chocolatito insists, however, that fear of going out knocked out didn’t play a factor into his decision.

“I wouldn’t have minded,” Gonzalez said. “I believe I’ve received a lot of blessings with world titles, being ranked for a time as No. 1 pound-for-pound. That, I believe, would be enough. I’m just happy to get the opportunity [to fight] again.”