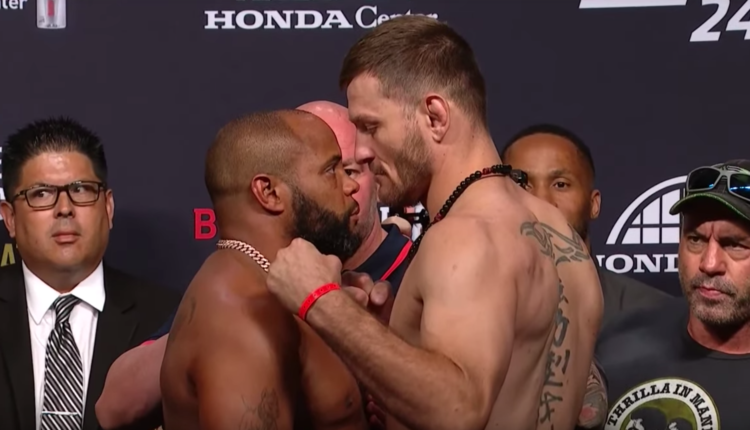 Cormier: I Get Why Stipe Doesn’t Want Rematch

In 2019 Daniel Cormier admitted that his final fight would come before his 40th birthday, yet injuries kept him from keeping that promise. That summer Cormier ended up scheduling his rematch with Stipe Miocic for the UFC heavyweight title, which saw Cormier fall late to a body shot from Miocic.

Now as Cormier inches closer to 41, the former UFC heavyweight and light heavyweight champion feels there are only two options: A Stipe trilogy or retirement.

You can’t wait forever,” Cormier told Ariel Helwani on his MMA Show. “Every day that passes does not benefit me. I’m a realist, I understand that. Either we’re going to do it or we’re not going to do it.”

“When I fight, it’s going to be for the championship or I’m not going to fight,” Cormier said of how his career ends. “This is not about money. This is about finishing what we started. Also because I know I can beat him.”

While speaking with Helwani, Cormier admitted that his return to the Octagon at UFC 241 was much sooner than he should have, but he felt a sense of duty to not keep Miocic waiting.

“I had back surgery [after the Lewis fight],” Cormier said. “I couldn’t have done it any sooner. When I think about it, I probably shouldn’t even have fought [Miocic] in August. I didn’t want to keep the guy waiting. I didn’t want to not fight. I like to compete, it’s what I’ve done my whole life,” he added.

“If [Miocic] doesn’t [fight], we’ll see what happens. We’ll see if there’s an opportunity for an interim championship or maybe he would strip him of the title. He’s a guy that’s won one fight in two years. Over the course of those two years he will have fought twice, so it’s not like he’s the most active fighter.”

“I don’t really like fighting anyone else. At this point, Stipe has the ability to retire me,” Cormier summated. “Stipe’s not the only guy that’s banged up, that’s hurt. We fought five rounds and I won almost four. … So I can imagine why he wouldn’t want to fight.”

Conor McGregor Reacts To The Death Of Kobe Bryant

Woodley ‘Blew Through A Lot Of Money’ As Champion