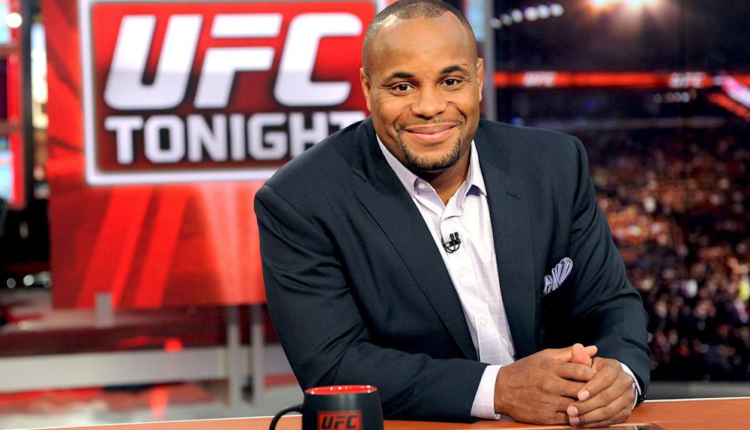 Cormier On Last Fight: ‘It’s Gonna Be Bigger Than It Was Ever Gonna Be’

This year is supposed to be a special one for Daniel Cormier. The former UFC Heavyweight and Light Heavyweight Champion has been patiently waiting for his chance to reclaim the former title from Stipe Miocic. Due to a number of factors, however, many have been wondering if Cormier will even get his moment.

Cormier (22-2, 1NC) plans on retiring after one last fight. With the coronavirus affecting all sports, as well as Miocic’s lingering eye injury, the possibility of a fair swan song doesn’t appear to be in the realm of possibility. That is especially the case with the virus postponing events, with social distancing a big factor. The UFC has attempted to move on with fights, however, with secure locations set without fans inside the buildings.

On the latest episode of DC and Helwani on Ariel Helwwani’s MMA Show, Cormier accepted the idea of no fans being involved in what could be his last fight.

“It’s going to end that way,” Cormier stated, via MMA Fighting. “Empty arena and if it’s at the (UFC) Apex, I think the cage is smaller. It’s like the Ultimate Fighter cage, so that’s a whole other fight. It’s a smaller cage than the one we fight in for pay-per-views. But yeah, I’ll go fight this guy in the empty arena. I want to fight him. Yeah, you know, it could end like that or it could end like Vince Carter. Vince actually got lucky that they got to finish their game. Vince got to finish their game and everybody kind of moved off the side and he shot a three-pointer. You can not have a chance to finish, so at least I get an opportunity to finish.”

An NBA legend, Carter was planning on retiring after the 2019–2020 season. Due to the coronavirus shutting down the NBA, Carter deemed it a weird way to end a career. For Cormier, the world of MMA has had its fair share of weird moments. This is something he might have to bite the bullet on.

After beating Miocic for the title at UFC 226, Miocic scored a fourth-round finish against Cormier at UFC 241 last August. Since then, Miocic has been healing from damage to his retina. Cormier has been patiently waiting, but wants the UFC to come up with a set date. Adamant it is championship or bust, as well as noticing how big the fight can be during the pandemic, a healthy Cormier is confident in his ability heading into the bout.

“I was pretty confident that it was gonna happen at the time in my head that I know, but right now I don’t know when in the summer it’s gonna happen,” Cormier concluded. “But I just can feel that when it does, it’s gonna be bigger than it was ever gonna be. . . More good fights, more people at home watching. It’s gonna be the perfect way to go out – on top, as the man.”

Will Cormier be able to get his Carter moment?

When Does Canelo Plan On Retiring?