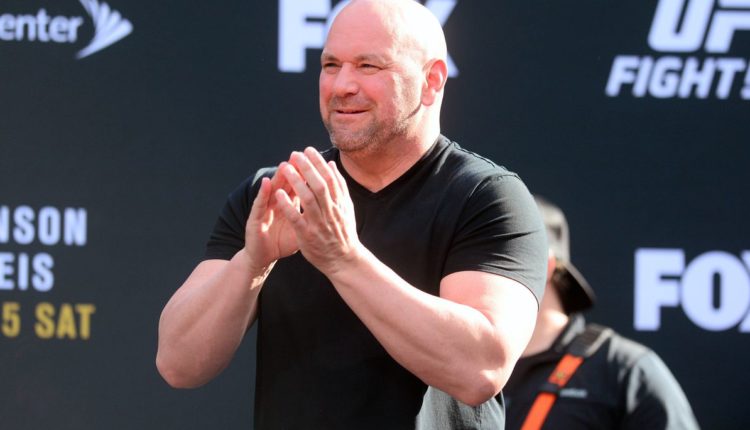 On Tuesday, UFC President, Dana White told The Los Angeles Times that the UFC is getting closer and closer to bringing boxing into the fold.

The UFC executive also advised the Times that he’s currently in the process of securing a promoter’s license for boxing.

White believes the UFC brand would be able to elevate the sport of boxing the same way it did for MMA.

White told Jim Rome that a lot of boxers will head to the UFC once they see how things are handled by his company, and he detailed the numerous perks that are in store for boxers who go across the street to fight for the UFC.

“I just know how good we are at what we do, and I know we’re better than pretty much everybody else out there. I think that the guys who are involved in boxing, the fighters, would enjoy being under this umbrella and fighting for us, and yeah, I do think would could do it better than everybody else does. So what the hell, why not give it a shot?”

“We’re the best. We’re the best at what we do. We think about the future. If you look at this facility that we’re in now (the UFC Performance Institute), a state-of-the-art facility with every piece of equipment you can think about as far as recovery, getting stronger. We have a restaurant here that they eat at everyday for free, costs nothing for the fighters to come here and do all this stuff. Plus, we have a physical therapy center where all the fighters can come in and get physical therapy for free.”

“On top of, I think we do our events better than they do, our production is better than the production that’s out there. I think everything in this business that you could possibly do, we do better, and we have health insurance for our fighters.”

Arias: Jacobs Was Scared of GGG

Mark Zuckerberg To Rent Out UFC Apex On Saturday, According To Headliner Mackenzie…