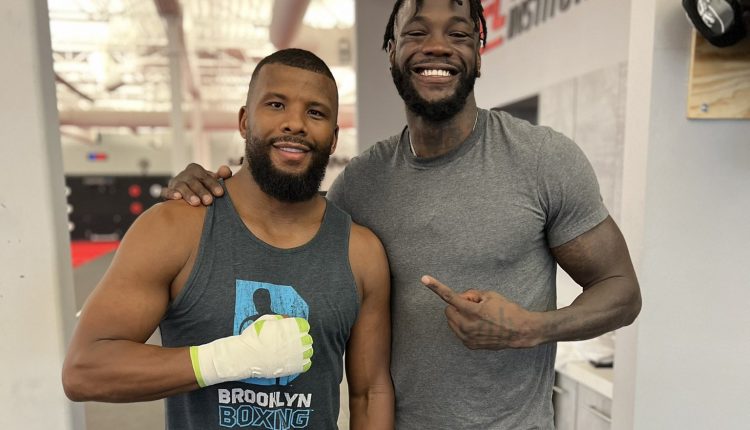 Deontay Wilder Back In Training

It looks like Deontay Wilder isn’t done with boxing after all.

Badou Jack posted a photo with the former WBC heavyweight champion, who appeared to be chiseled down.

Wilder has been flirting with a comeback to the ring ever since his loss to Tyson Fury in October 2021. It was their third and final fight for the heavyweight title.

Despite losing twice to Fury —- who is considered the top heavyweight —- Wilder is still considered at the top of the division as well.

Many contenders in the division have been looking to fight Wilder in his return, like Andy Ruiz Jr, to elevate themselves in the rankings.

When Wilder was honored with a statue of himself earlier this year, he admitted he wasn’t done with the sport.

There’s now speculation that Wilder is preparing to take on the winner of the Ruiz-Luis Ortiz fight, which is set for September 4.

As for the other three belts in the division, Oleksandr Usyk and Anthony Joshua will try to settle scores on August 20.