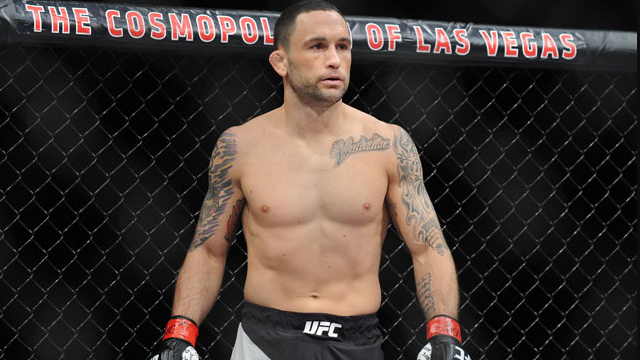 When it comes to crowded divisions, the UFC’s bantamweight roster is filled with characters. One of the fighters within the division is in an interesting spot. What does Frankie Edgar have to do to impress in his bantamweight debut?

A former UFC Lightweight Champion, Edgar (23-8-1) has been previously called out by UFC Bantamweight Champion Henry Cejudo. The UFC decided to go another route and give a title shot to Dominick Cruz. While Cruz hasn’t fought since 2016, and there are others out there who may have deserved a title shot, Edgar believes he has a right to have an opportunity.

“Dominick Cruz, he’s done a lot. He’s probably the most dominant bantamweight to date in the UFC,” Edgar stated to MMA Junkie. “What he’s done in his career, I don’t see any problem with him getting a title shot. I know some other guys probably wish it was them, but in the circumstances, I wonder how many people really would take that fight anyway.”

Edgar is 1-3 in his last four fights, and on a two-fight losing streak. He rebounded following a brutal KO-loss to Brian Ortega by beating Cub Swanson. He was able to get an opportunity at the UFC Featherweight Title at UFC 240, but lost to Max Holloway. “The Answer” then was knocked out by The Korean Zombie back in December.

Some of the top fighters at bantamweight include Aljamain Sterling, Petr Yan and Cory Sandhagen. Regarding the former, Sterling, who is on a four-fight win streak and 6-1 in his last seven fights, is recovering from wrist surgery. He is still waiting to heal and get back into a legit training camp before his next fight. Edgar wouldn’t mind knocking on Sterling’s door during the summer.

“Aljamain’s been saying nobody wants to fight him or this and that,” Edgar went on to say. “That’s the guy we were supposed to fight on this past card in November. That was a possibility, and it never came about. I believe he had to get surgery. So, that would make sense for me – come back and fight Aljamain in June. I don’t know what his plans are or what he has lined up, but someone along that line I think would be ideal.”

Nunes Being Cautious, Will Not Fight On May 9