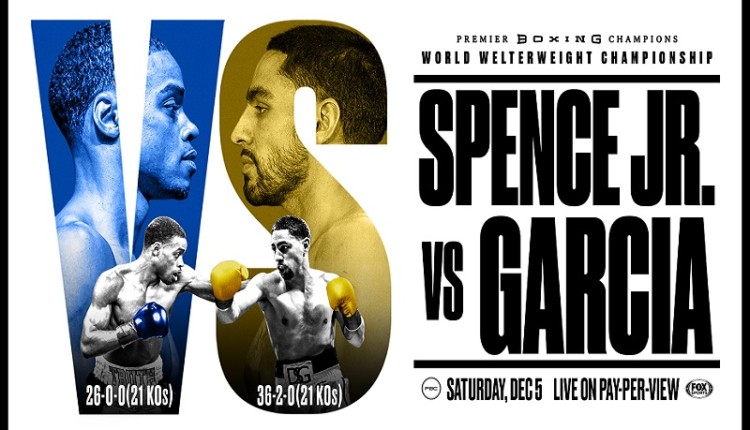 The time has arrived for Errol Spence Jr. vs. Danny Garcia.

Tonight, December 5, Spence vs. Garcia will take place inside AT&T Stadium in Arlington, Texas. Spence will be putting his WBC and IBF Welterweight Titles on the line. Fans are allowed in attendance at a reduced capacity.

Both Spence and Garcia hit their target weights, making this title bout official. If you didn’t catch the weigh-ins, click here for the results and video replay.

The co-main event will feature a battle between Sebastian Fundora and Habib Ahmed. Josesito Lopez vs. Francisco Santana will also be on the main card. Miguel Flores vs. Eduardo Ramirez will get the main card started.

The main card for Spence vs. Garcia will begin at 9 p.m. ET. It’ll air live on PBC on FOX PPV and on FIGHT SPORTS in over 30 countries. The prelims will air live on FOX SPORTS 2 at 7 p.m. ET.

Keep refreshing this page for live results throughout the night.

Is Shakur Stevenson Boxing’s Next Superstar? Some Experts Think So