Meet The Time Bomb Ready To Explode On Saturday 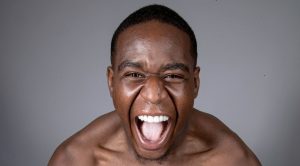 Michael Boapeah is one of the young talents out of ARJ Trainingen in Hague, where Maikel Polanen has a stable of world class Kickboxers.
He fought on the undercard of the Glory Kickboxing 81 event in Germany earlier this year, and is set to face Sergej Braun,42-11-0 (27 KO)  of Germany at the Glory Collision 4 event this Saturday.

Boapeah sat down yesterday and talked to FIGHT SPORTS, and here’s what he had to say.

FIGHT SPORTS: right Michael, you’re a young fighter who recently joined Glory Kickboxing. A lot of the Glory fans out there might not know who you are: could you please tell enlighten us all on who the “Time Bomb” is?

Boapeah: sure: my name is Michael Boapeah and I’m 22 years old. I was born and raised in the Netherlands and I currently live with my father and younger brother.
I’ve been practicing Kickboxing for seven years now. I took up Kickboxing as I had anger problems, and used to get in street fights all the time – I just really beat people up you know, but as I got older I knew I had to stop this kind of behavior. If I didn’t I would end up in prison.
So in 2015 I started training and I’ve never stopped.
Then in 2018 I went to ARJ Trainingen, which is a good gym run by famous trainer Maikel Polanen.

I really like the sport, plus it helps me get rid of the anger. A lot of people said to me, that if I kept on training, I could be a big name one day, and that really motivated me to keep on training.
When I was a young boy my parents didn’t have a lot of money, so I keep on training hard and know that I can give my parents the life they deserve – that is my biggest motivation, and that’s why I always train.
I really love the sport and you never know what opportunities you get, so that’s why I am always training hard so I’m always ready.
Besides doing Kickboxing full time, I also have a full time job: I make coffins. So I wake up almost ever day at about 06:30 and go to work from 8:00-17:00 – then I go straight to the gym to do Kickbox training. That’s really my life. Every single day. It’s a hard lifestyle, but I know it will pay off one day.

FIGHT SPORTS: wow, that must be really difficult and hard.

Holland has produced a lot of elite Kickboxers, and some even refer to your style of Kickboxing as Dutch style Kickboxing. What do you think is the reason behind this?

Boapeah: hmm that is a tough question. I think the Dutch style is harder, the sparring sessions are also harder. Always when other fighters from other countries came to visit our gym they always say they never trained this hard before. Luckily there are more and more Kickboxing events every year.
It’s also great that people are realizing that Kickboxing is something positive, instead of just looking at the sport in a negative way – like the athletes are bullies. The sport builds mutual respect and discipline, and more and more people are seeing this.

FIGHT SPORTS: very true.
This Saturday Michael, you have a fight at Glory Collision: how are the preparations going, and are they different for this fight?

Boapeah: yes I am fighting Sergej Braun, and to be honest I don’t know a lot about him. But I do know that he has a lot of experience. That will not matter though, because my will to win will be much bigger than his, and I will prove that on Saturday.
I came a long way to stand where I stand today, so if you want win over me, the experience will not help you – you will need a lot more.

The preparation is going good: I train as I always train – noting special. Just a little game plan but no crazy stuff for this fight. At the end of the day it’s me vs. me, so if I make sure that I am focused, then I know I WILL win.

FIGHT SPORTS: right.
So what kind of fight can we expect on Saturday then?

Boapeah: you cant expect a lot of forward pressure and calculated aggression. I will really give the people a war. If I do not knock out my opponent, then at least I have given the fans three rounds of hell and showed them elite Kickboxing.

FIGHT SPORTS: that is some statement right there – I like that.
Now on to something a little more private: what does your friends and family think about your chosen career?

Boapeah: they really love that I do Kickboxing, and they support me all the way. When I fight they always support me, and I always have a lot of my friends and family come to the fights, and that gives me a lot of motivation.

FIGHT SPORTS: that is so cool.
You said you have a full time job and do full time Kickboxing. what does a regular week look like for you training wise?

Boapeah: I train from Monday ‘till Friday. When I have a fight I also train on Saturdays.
On Mondays, Wednesdays and Fridays I do Kickboxing, and on Tuesdays and Thursdays I do strength training
At the gym where I am training, ARJ Trainingen, we love a good sparring session. There are a lot of good fighters training at my gym like Mustapha Hourri, Tarik Khbabez and Ismael Londt. So I have good sparring partners, and we do A LOT of sparring.

FIGHT SPORTS: fantastic.
Do you have certain ambitions and goals you’d like to achieve in Kickboxing Michael?

Boapeah: Oh yeah: my first goal is to be the champion of the Middleweight division. Then later on I’d like to move up in weight and capture titles in other divisions too.

FIGHT SPORTS: awesome.
What are some of your biggest moments in Kickboxing so far?

Boapeah: that would be signing the contract with Glory Kickboxing. That’s really a dream come true. I’ve been dreaming about Glory Kickboxing since the very first day I started training in Kickboxing.
So as you can imagine that is a long time.

FIGHT SPORTS: that’s so cool. Congratulations on having a dream come true Michael.

Let’s talk about the mental aspect of the fight game: how do you actually feel, when you get your hand raised, and what goes through your mind when you lose?

Boapeah: when I win, I feel great happiness. You know when you see that all the time and effort you put into the preparation was all worth it.

When I lose a fight, oh maaaan: it really feels like the world is ending. I feel really sad: I feel like I let other people down. For example, in March 2022 I lost my fight, and I worked SO hard for that fight. But when the fight started it didn’t unfold the way me and my team had planned. Even though I lost the fight, it gave me a lot and actually more strength to work even harder for my next fight. And it worked: I won by knockout in the fight after the loss in March. 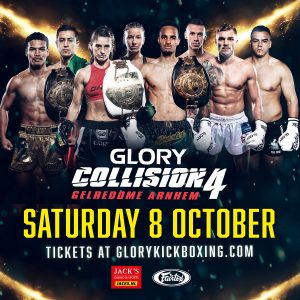 FIGHT SPORTS: yeah, as they say you either win or you learn. Good stuff.
I know you are really young, but have you thought about what you would like to do when you hang up the gloves?

Boapeah: no. I don’t want to think about that right now. I’m only 22 and my career just started. So for now I am not thinking about that since I don’t plan on retiring for many years to come.

Michael it has been an honor. Is there anything you’d like to say to the readers of FIGHT SPORTS, the fans around the world and maybe to your future opponents?

Boapeah: I’d like to start by saying thank you for the interview.
I am grateful for all my fans all over the world. It’s really crazy to see how many people are actually watching my fights.
I’d like to thank my family and especially my parents: they are my biggest motivation. They keep me going – even on the days when I don’t feel like training.

And last but not least: to my future opponents, watch out because I am hungry and ready to take over.

FIGHT SPORTS: there you have it fight fans and future opponents!
Go and do your thing on Saturday – good luck Michael.