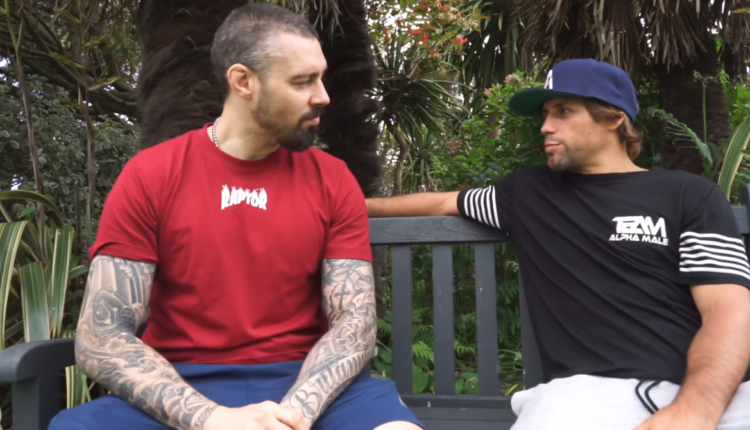 After a series of successful gyms, an induction in the UFC Hall Of Fame, and the birth of his first child, 40-year-old Urijah Faber still cannot shake his love of fighting.

Faber, who would rise to fame in WEC prior to coming to the UFC and becoming a perennial star inside the Octagon, retired in 2016 with a win against Brad Pickett.

Now, Faber admitted on social media recently that he wanted a return at UFC Sacramento or UFC 144 or 145. Speaking with fellow former fighter and current UFC analyst, Dan Hardy, Faber confirmed he had accepted a fight.

“Looking at today’s landscape, I just know that I can compete easily,” Faber told Hardy.

“I’ve stayed in great shape. It sounds like fun and the reason I stopped is because I wanted to. The reason I’m coming back is because I decided I want to.”

“I just accepted a fight yesterday, I don’t know if that’s supposed to be put out yet,” Faber said to Hardy, who also knew of the mystery opponent linked to the Team Alpha Male founder.

If Faber is patient and willing to fight for two more years, he may get a chance to face off against his former student and currently suspended T.J. Dillashaw.

“Conor McGregor and I talk on occasion and he’s always clawing at me, ‘Go get that snake! Go get that weasel!’ and you have other sentiment about that,” Faber said of McGregor, who began calling Dillashaw a snake while he and Faber were coaches on a season of The Ultimate Fighter.

“‘The story’s not over!’ You know how Conor is. He’s hilarious. We have little private conversations on occasions like that.”

Boxing’s Only Champion With 100% KO Rate, Adesanya-Pereira Book Rematch and…