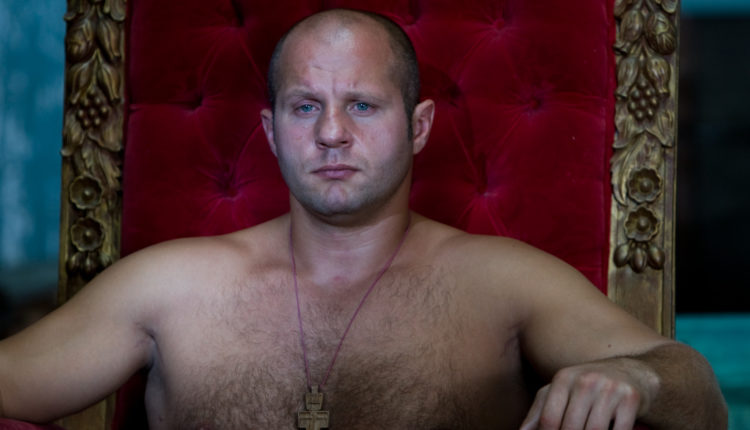 Coming off a loss at Bellator NYC, many wonder why he’d enter the Heavyweight Grand Prix? Money? Pride? Well, its honestly for the love of the game.

“He likes to fight. He likes to compete. It’s fun,” Fedor’s interpreter told MMA fighting in a recent interview, paraphrasing the combat sports great’s thoughts on why he was entering the Bellator heavyweight grand prix.

“Because, he feels like, you got a bunch of tough guys, you let them all fight, you lose you’re out. The fans like that, the stakes are high. So, yeah, he likes the tournament format.”

Emelianenko is scheduled to face former UFC champion Frank Mir in the third fight of the Grand Prix’s opening round. In what many consider a dream fight for two men who never were able to face off against one another throughout their respective careers.  With Fedor being the face and a product of PRIDE, before stints in Affliction, Strikeforce, and a short lived retirement, and Mir up until recently, a UFC lifer.

While the ‘Last Emperor’ displayed his typical brevity when speaking of his potential fight with Mir, he did give a little more time to how the tournament might play out, given the wide range of styles and sizes of the fighters in it.

“You know, every advantage can also be a disadvantage,” Fedor said through his interpreter. “You have a smaller fighter, he’s faster than the other guys. But then he’s also not as strong, as powerful. So, that might be playing against him. The truth is, it’s just a matter of who can utilize their advantages and disadvantages in the right way and ultimately win the fights.”

Mir vs. Fedor is scheduled for April 28th in Chicago, Illinois, at the Allstate Arena. No other bouts have been announced for the card as of yet.

The Contender Returns To Television