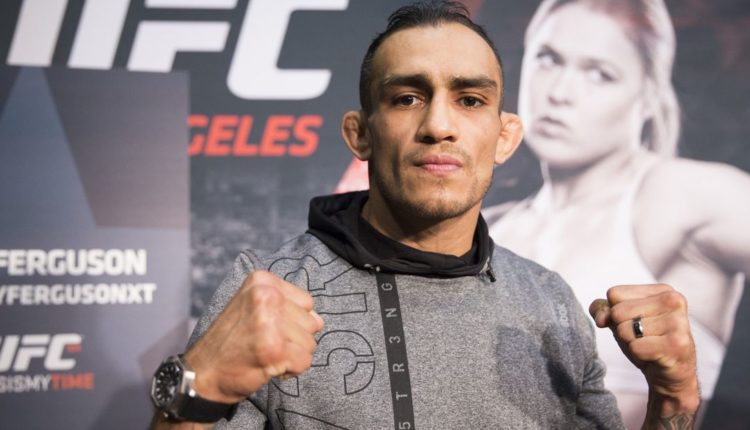 Ferguson: Khabib And McGregor Should Retire

When it comes to his fight future, Tony Ferguson is done talking about Khabib Nurmagomedov and Conor McGregor.

During a UFC 249 media call, Ferguson (25-3) stated his fight with Justin Gaethje is for the “real” UFC Lightweight Title. The two are meant to fight for the interim title as a result of Nurmagomedov, the Lightweight Champion, backing out of UFC 249 to quarantine.

Ferguson was crowned interim UFC Lightweight Champion when he beat Kevin Lee at UFC 216 in 2017. He was stripped of the belt due to an injury. Gaethje made it a point in the call to say he felt it was unfair the UFC stripped him.

For the fifth time, his bout with Khabib was postponed. Many were wondering who Dana White had in store to face Ferguson. Enter Gaethje. Rumored to be facing Conor McGregor at some point, Gaethje was then chosen to fight for the title. McGregor’s name always seems to surround the title picture, however. With Ferguson competing more often than either McGregor or Nurmagomedov, “El Cucuy” believes the two should just go away for good.

“Him and McNuggets (McGregor), they both need to f*cking retire. The only two real men out there are going to be me and Justin Gaethje,” Ferguson went on to say.

Regardless of how he feels, Ferguson prepared for Khabib for six to seven months. He was ready when the fight was initially set for April 18, even cutting weight in the process. Despite limitations as a result of the coronavirus, Ferguson believes the win is right there for the taking.

“I didn’t have a strength and conditioning coach besides myself, and I had my trainers put me through the ringer for every single practice,” Ferguson stated. “I made it happen. I’m very lucky to be able to have a f*cking team, one of the best teams… and I’m ready for f*cking anything.”

UFC 249 takes place this weekend, May 9, inside the VyStar Veterans Memorial Arena in Jacksonville, Florida.

Woodley-Burns Reportedly Set For May 23