While the UFC 215 main event of Demetrious Johnson defending his flyweight title against Ray Borg was shifted to UFC 216 on October 7th. It seems according to a new poster for the event at the T-Mobile Arena  the interim lightweight title fight between Tony Ferguson and Kevin Lee will be the headline fight

The event takes place Oct. 7 at T-Mobile Arena in Las Vegas, and the main card airs on pay-per-view following prelims on FXX and UFC Fight Pass.

Johnson looks for his 11th straight title defense, which would give him sole possession of the record he currently shares with former longtime middleweight titleholder Anderson Silva.

And while the UFC has not confirmed this officially both UFC.com and the aforementioned poster have Ferguson and Lee in the top spot. 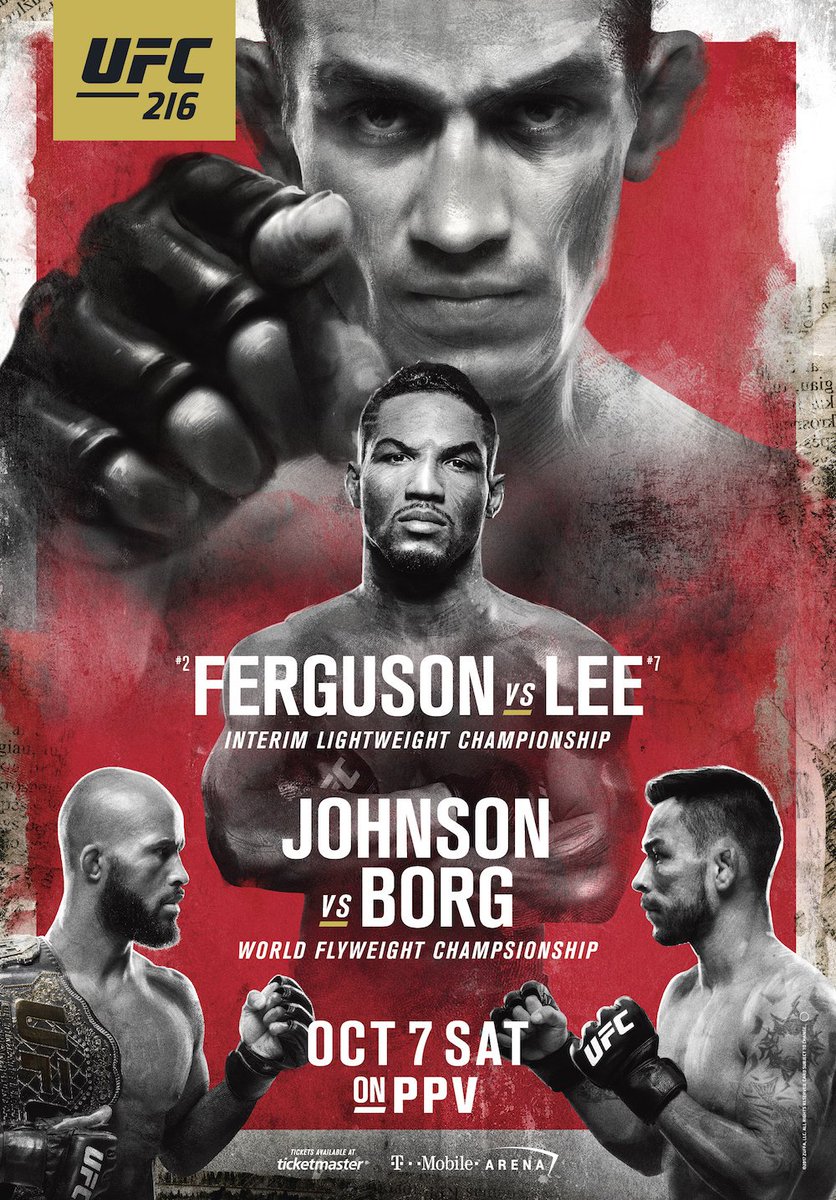 Will Brooks vs. Nik Lentz