GLORY Collision: A Legacy Hangs in the Balance

GLORY: Collision represents more to kickboxing fans than just an exciting matchup of top talents. Rico Verhoeven vs. Badr Hari presents the kind of collision between ying & yang, good and evil, hero and heel, that turns a great fight into a historically significant story.

Rico Verhoeven (49-10, 13 KOs) is the golden child of modern-day kickboxing: good-looking, well-spoken, a shining poster boy of sportsmanship. A physical specimen, Verhoeven has the look of a lab creation — a real-life Ivan Drago with better English and a friendlier demeanor. His striking technique is not necessarily flashy, but effective; his cardio is impeccable; his fight IQ keeps him from the kind of unfavorable brawls that lead to flash knockouts in the heavyweight division.

Verhoeven’s lengthy run as GLORY heavyweight champion has seen him defeat opposition that has offered him little in terms of challenges. The Dutch kickboxer has been criticized for being protected by GLORY, for facing less threatening challenges for the sake of keeping their heavyweight champion at the top of the game. 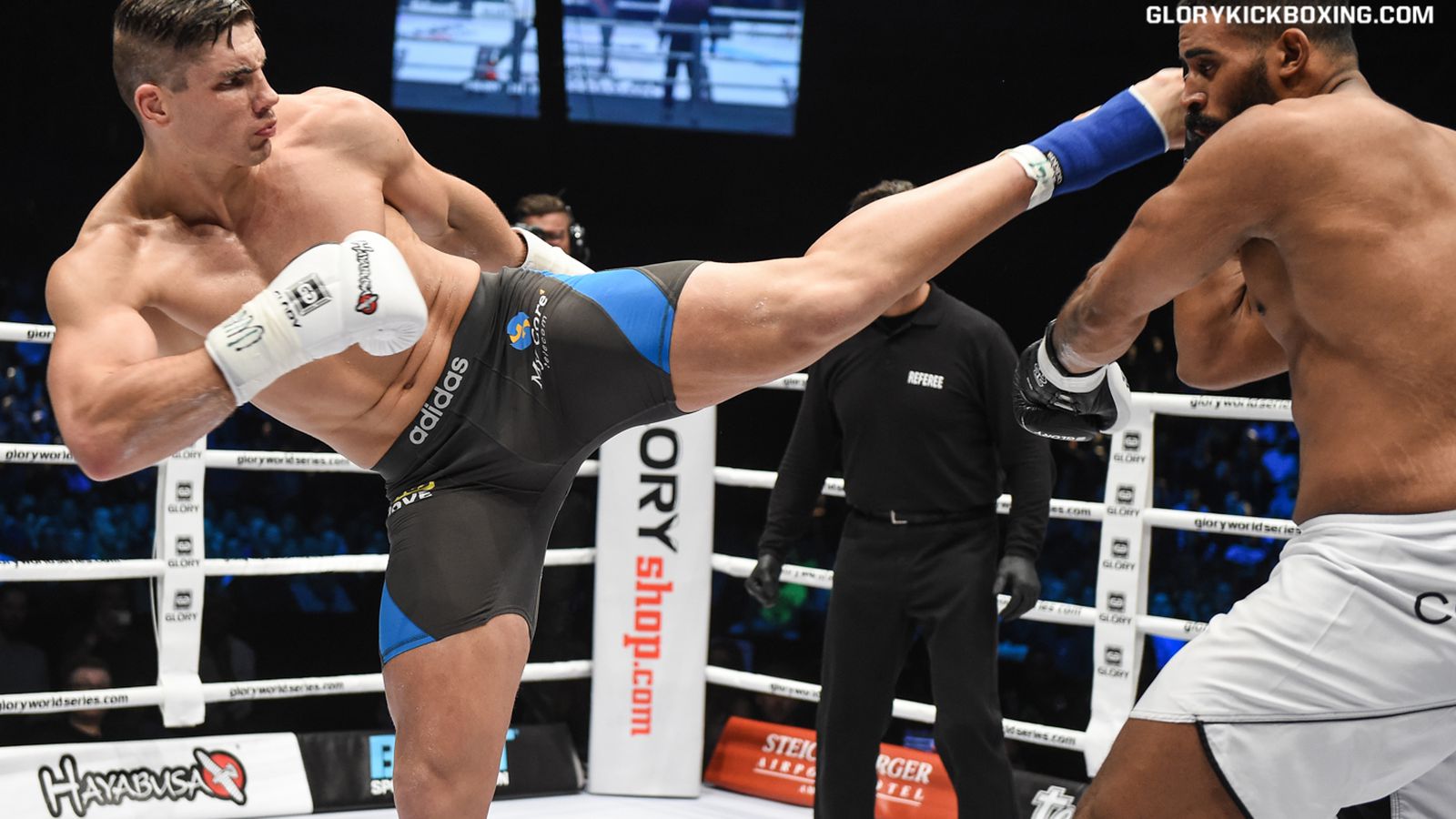 In Badr Hari, Verhoeven has what all great fighters need to elevate themselves: a true rival, a nemesis, a fighter that has the ability to instill fear and anxiety in the hearts of even the strongest of champions. Badr Hari is the antithesis to Rico Verhoeven: a brutal knockout artist with more blemishes on his legal record than on his fighting resume. Hari (106-12, 94 KOs), whose career has been stunted by a number of arrests outside the ring, is unapologetic for his mistakes and considers sportsmanship a silly prospect.

Hari’s record consists mostly of knockouts, and he’s been finishing heavyweights inside the distance for over a decade. He has wins over some of the most respected heavyweights in kickboxing’s history, including MMA superstar Alistair Overeem (Overeem, for what it’s worth, has picked Hari to defeat Verhoeven).

Where Verhoeven is a martial artist, Hari embodies the word “fighter”: he steps in to the ring not to have his hand raised but to hurt his opponent. While Hari has been relatively inactive of late, fighting only once in the past two years, his devastating power speaks for itself. If Verhoeven believes Hari is over the hill, he may be left like many of the self-proclaimed bad boy of kickboxing’s opponents: on his back, looking up at the lights.

The matchup will be a three-round non-title fight, though the stakes outweigh any championship or award. Hari cares little for the tantalizing headlines and historical significance of the matchup. An old-fashioned pugilist, Hari seeks something more primal than legacy.

"He got me out of bed by challenging me," Hari said at the event’s press conference. "And now he’s going to get it. Rico was saying this is a ‘fun’ fight. Fun fight don’t exist in this sport. You know what’s fun? Tennis. I’m knocking him down on December 10th." 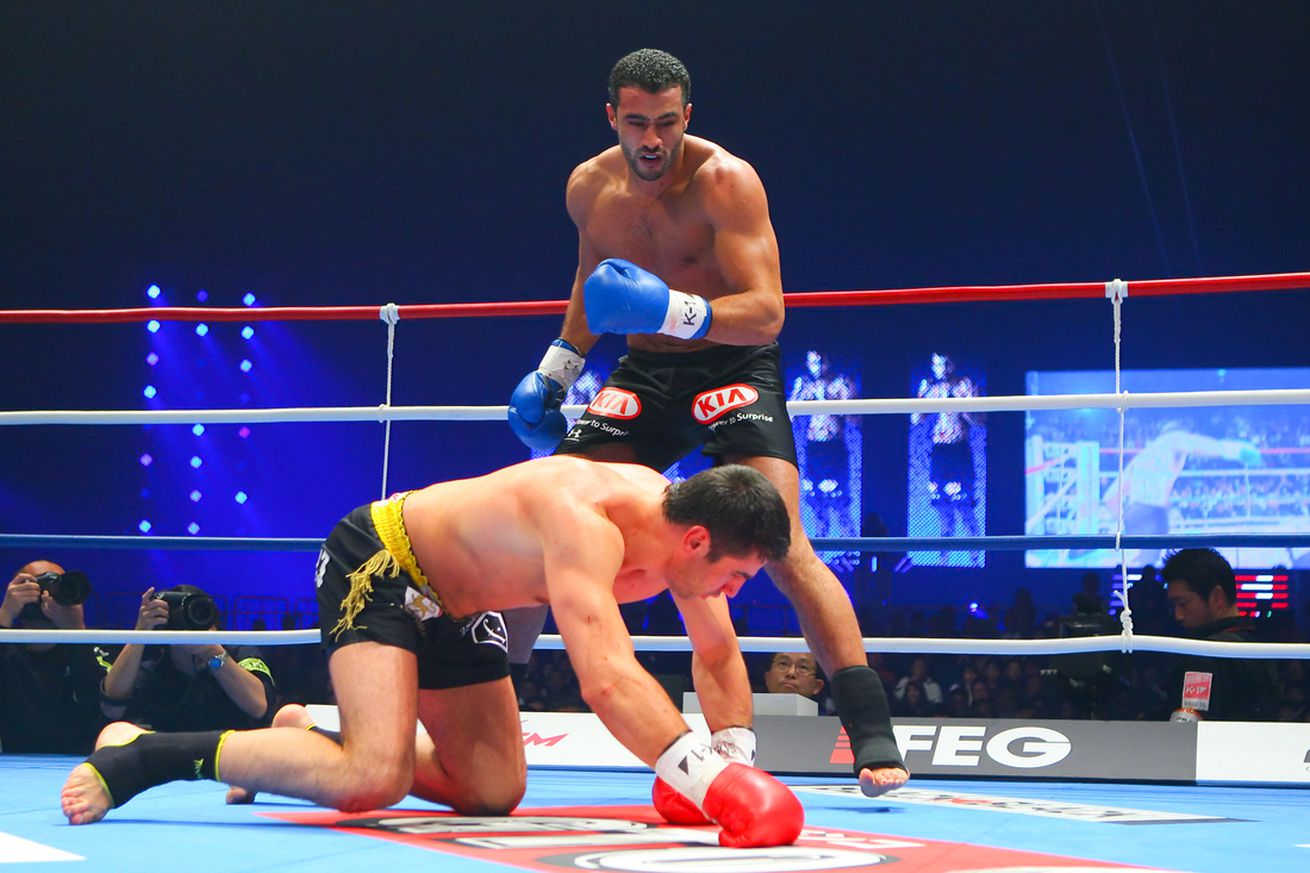 Badr vs. Rico is the kind of matchup that comes about rarely in kickboxing. It is a fight that fascinates as much outside of the ring as it does inside of it. In the heyday of boxing, promoters looked to create storylines surrounding their fights, knowing that audiences were predisposed to the classic Hero vs. Villain matchup. Thus, each fighter was shoehorned into one of those roles — just look at Muhammad Ali’s fights with Sonny Liston, Floyd Patterson and Joe Frazier. With GLORY Collision’s headliner, there is no need to jam these two heavyweights into such roles: they already fit perfectly. Golden child vs. Bad boy, sportsman vs. Renegade, technique vs. Aggression. For all the fireworks this fight promises, its significance transcends the ring. On Dec. 10 in Germany, history will be made for one fighter. A legacy will grow for one man, and one man only.

For more on Rico Verhoeven and Badr Hari, watch the Countdown to GLORY: Collision here:

A Fan’s Guide To An Action-Packed Dec. 10

Oscar Valdez: Friendship With Miguel Berchelt ‘Goes Out The Window’ On Fight Night

Jake Paul On Ben Askren: I’m Going To Knock His Ass Out Faster Than Jorge Masvidal Did

Caleb Plant: I Plan To Make Caleb Truax Pay For His Trash Talk

What Is The Timeframe For Anthony Joshua vs. Tyson Fury?

GSP Details How Conor McGregor Can Rebound From UFC 257 Loss