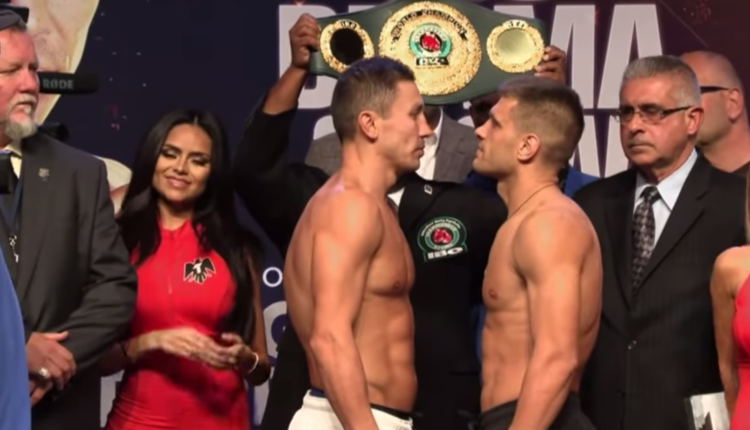 This year marked the first time since 2010 where Golovkin was not competing for any middleweight championship, gaining or retaining titles since winning interim WBA gold in August 2010. Golovkin at one point — as recent as last year — held the WBA, WBC and IBF middleweight titles.

Alvarez delivered the first blemish to GGG’s then-unbeaten record with a controversial split draw in September 2017. GGG then faced Vanes Martirosyan after his rematch with Alvarez was delayed to Alvarez failing a drug test, and Golovkin was stripped of the IBF title when he pursued a rematch with Alvarez. GGG went on to lose the rematch in another decision, suffering defeat for the first time in his career and losing the WBA and WBC titles.

GGG returned to the ring in June, knocking out Steve Rolls in a super middleweight bout.

When Golovkin elected to not face his IBF mandatory in favor of Canelo-GGG II and was stripped of the title, the mandatory in question was Derevyanchenko, who was unbeaten at 12-0 at that point. Derevyanchenko went on to fight Daniel Jacobs for the vacant title and lost a close split decision. He then competed in April, defeating Jack Culcay by decision.

FIGHT SPORTS brings you live coverage of GGG vs. Derevyanchenko!