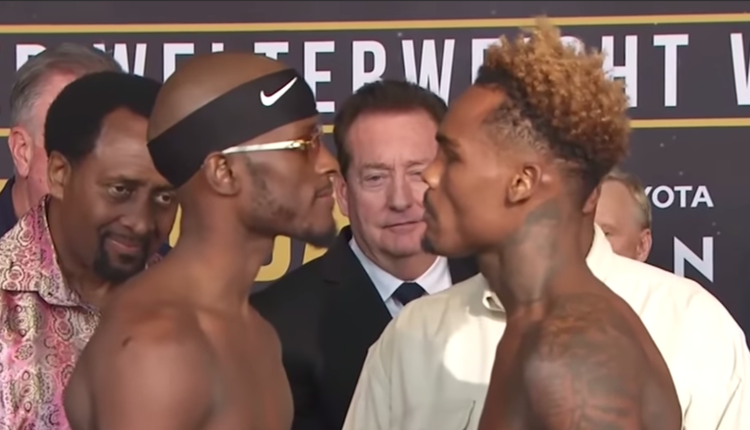 Their first fight exactly 364 days ago in Brooklyn, New York, ended in controversy. Now, they’ll run it back again.

In their first meeting, many in the boxing community felt Charlo did more than enough to get the nod. But the judges all awarded the bout to Harrison with scores of 116-112, 116-112 and 115-113, causing the Barclays Center crowd and fans commenting on the Internet to explode in jeers.

The bout marked the first loss of Charlo’s career. It was his fourth attempt at defending the WBC title after winning the then-vacant strap in May 2016 against John Jackson. Between 2017 and 2018, he had made three successful defenses against Charles Hatley, Erickson Lubin and Austin Trout.

Harrison and Charlo were scheduled to rematch in June, but Harrison had to pull out two weeks before the fight due to torn ligaments in his ankle. Charlo went on to get a third-round knockout of Jorge Cota.

For those in the Middle East and North Africa, Harrison vs. Charlo 2 can be watched on the new FIGHT SPORTS MAX app! Please go to https://play.fightsportsmax.tv/create-account to create an account!

Fight fans in other areas, check your local listings for broadcast details. Or else keep it with FIGHT SPORTS for the latest results from the Harrison vs. Charlo 2 card!

FIGHT SPORTS brings you live coverage of Harrison vs. Charlo 2!

Round 11: Several left hands by Charlo to start things off. Charlo throwing shots to Harrison, whose back is on the ropes. Harrison taunts and Charlo just…stops. Jab by Harrison. Jab by Charlo. Left by Harrison. Left hand by Charlo. Right hand by Harrison, but Charlo counters with a left and Harrison goes down for the second time in this fight! Harrison is up but on wobbly legs! Charlo swarms him on the ropes and Harrison goes down again! Harrison gets up. Charlo thinks the fight is won! He realizes now. Charlo is trying to finish things off but Harrison is backing away! Harrison’s back goes to the ropes and Charlo fires off some more blows! Ref steps in! Charlo is once again the champion!

Planning To Watch Deontay Wilder Vs. Robert Helenius? Here’s How Much It’ll Cost