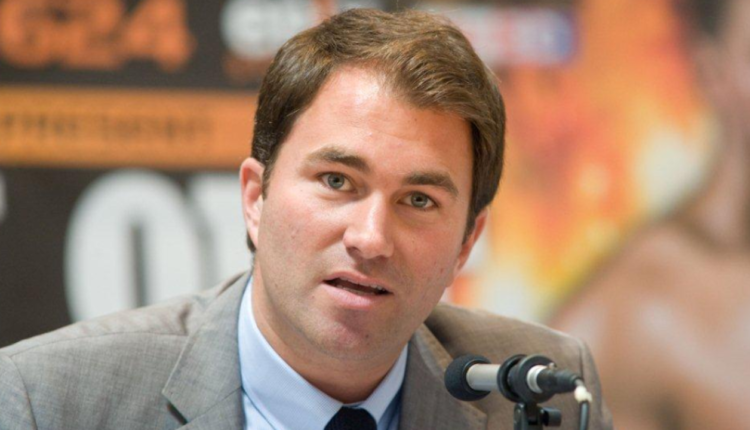 Hearn Talking To Pacquiao About Fighting On DAZN

With Manny Pacquiao being a promotional free agent, Matchroom Boxing promoter Eddie Hearn is eager to sign him and cap off the future Hall of Famer’s career fighting on the DAZN platform.

Hearn recently spoke on the possibility of bringing in Pacquiao to fight for Matchroom Boxing as part of the stable of boxers fighting on DAZN, the streaming service set to be released in the United States in September. Hearn revealed that he’s had conversations with Pacquiao about fighting for him.

“I think Manny Pacquiao is a huge name. He’s undoubtedly towards the backend of his career, but still a huge name. We’d like him on DAZN. We’re talking with him,” Hearn said.

The British promoter said there is an expectation that Pacquiao would need a lot of money to bring him on board any promotional company. One potential obstacle would be the fact that Pacquiao wants to fight outside of the United States, according to Hearn.

This could potentially be a problem as Matchroom’s partnership with DAZN is based solely in the United States. Regardless of that potential issue, Hearn is confident that the fighters he has under his Matchroom roster could provide the type of fights that Pacquiao is looking for.

“He wants an awful lot of money as you would expect Manny Pacquiao to want and the right fights have to be there,” Hearn explains. “I think one of his main interests is to fight outside of the U.S. That doesn’t fit as well for us, away from DAZN. But there are fights: Amir Khan, Jessie Vargas, Kell Brook that we could certainly put on.”

Hearn reiterated that he and Pacquiao, the current WBA “regular” welterweight champion, are in talks, though he did not say if talks have progressed significantly or not.

“We’re talking with Manny Pacquiao. Whether it goes anywhere, we’ll see. But, we’re certainly interested to continue those talks.”