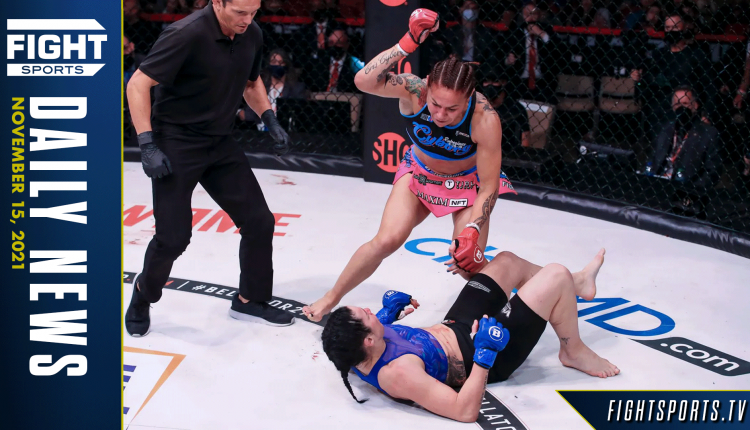 Terence Crawford’s promoter Bob Arum said he expects between “500,000 and as high as a million and a half” of pay-per-view sales come November 20. Cris Cyborg put her dominance on full display after knocking out Sinead Kavanagh in 92 seconds to defend her Bellator belt. Sylvester Stallone said a prequel television series based on Rocky is being considered. Today in the Fight Sports Daily News.

Canelo Alvarez Named WBC’s Boxer Of The Month For November