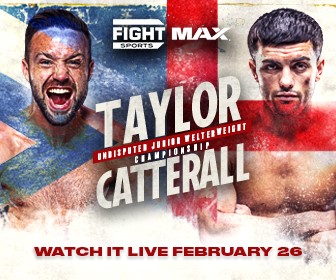 Josh Taylor is putting his undisputed light welterweight titles on the line for the first time.

Taylor will meet prospect Jack Catterall inside the OVO Hydro in Glasgow, Scotland on February 26. Though Taylor is coming into the fight as the reigning king, he said he’s not underestimating Catterall who is a “major threat.”

Taylor and Catterall were supposed to fight in December, but Taylor withdrew due to an injury.

Here’s the fight card, where and when to watch: