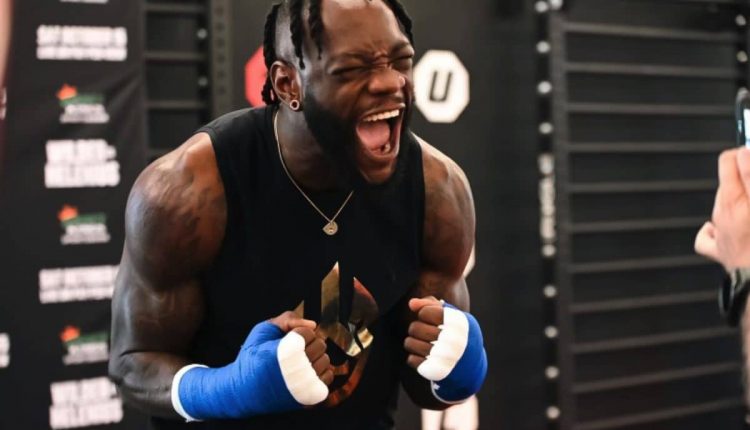 Deontay Wilder is less than two weeks away from his anticipated return to the ring.

The “Bronze Bomber” told FIGHT SPORTS that despite being inactive for almost a year, he feels no pressure ahead of his clash with top contender Robert Helenius on October 15 at the Barclays Center.

“I don’t feel no pressure at all. Zero percent, you know?” Wilder said during Tuesday’s virtual press conference.

“I tell people all the time that I’m soaking in my happiness and my peace and I do mean that. With that being said, this reign for me is all about being happy and being at peace… I don’t have nothing to prove to anyone.

“I’ve done an amazing job with my career and my accomplishments and my finances. So, it’s been amazing to the point where I have nothing to complain about.”

Before his back-to-back losses to now WBC heavyweight Tyson Fury, Wilder successfully retained his title for five consecutive years between 2015 to 2020.

“The [Barclays Center] is almost like a second home to me,” he said.

“All my most devastating knockouts, my most electrifying knockouts, most exciting memories have been there… On October 15, looking to gain more knockouts and add to the history of Deontay Wilder at the Barclays Center.”

As for his opponent, “The Nordic Nightmare” Helenius, he told FIGHT SPORTS that “of course” he feels pressure.

Helenius has been one of the top heavyweights for years now. He is coming off two dominant victories against Adam Kownacki.

The winner of the bout come next Saturday gets a step closer to a title shot. Wilder is a heavy favorite going into the fight, but Helenius said he doesn’t mind.

But, he likes being the underdog.

“It wakes me up in a better way. I need concentrate better, do better for myself,” he added.