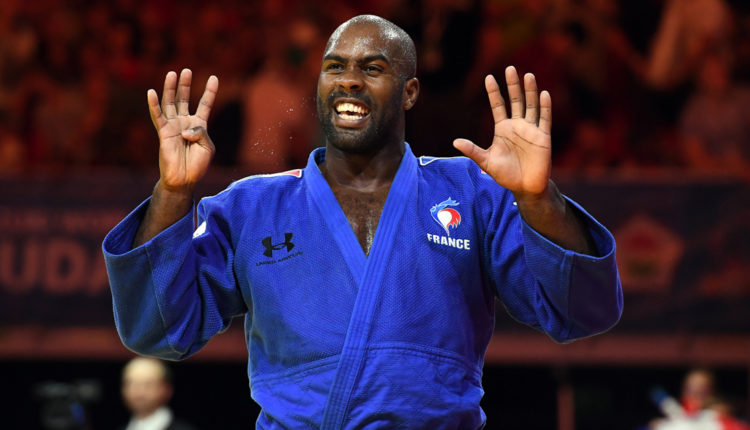 It is rare for an athlete to keep their undefeated record intact, especially with a grueling schedule. For over ten years, Teddy Riner was able to remain virtually perfect with over 154 victories. This past Sunday, the streak was over.

Riner lost in the third round of the Paris Grand Slam against Japan’s Kokoro Kageura. During golden score time, an attempted takedown by Riner was countered with an uchi-mata-sukashi. It was his first loss since September 2010.

History is made!! After 154 consecutive victories over the course of 10 years Kageura Kokoro is the man to end the reign of Teddy Riner! The whole of France looks on in shock#JudoParis #Judo #Sport #Olympics #Paris #France pic.twitter.com/mqj3Jn9man

The 24-year old Kageura is a one-time gold medalist, winning a mixed team bout during the 2019 World Judo Championships in Tokyo.

Riner, a two-time Olympic gold medalist and an eight-time World Judo Championship gold medalist, is set to compete in the Tokyo Olympics in just a few months. National Stadium will be the host from July 24 until August 9. “Big Ted” is hoping that was just one slip before he has to worry about the Summer Games.

“If this happens at the Games I’ll be annoyed,” Riner stated, via Agence France-Presse. “Better this happens now than then,” a light-hearted Riner said afterwards. But I’ll tell you another thing too. It’s a relief in a way. Counting wins as I closed in on (Yasuhiro) Yamashita’s record (203 wins) was really heavy.”

Yamashita’s run began in 1977 and went on until his retirement in 1985. He is a five-time medalist, winning gold during the 1984 Olympic Games in Los Angles and four world titles at the Judo World Championships.

You can watch the full match below:

Beterbiev Vs. Bivol Not Happening, Adesanya Expected To Win Back Title and…