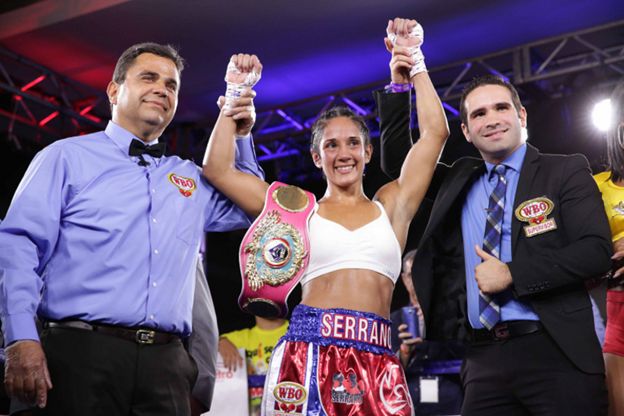 Women’s boxing is about to witness history as the biggest clash between two of the current top fighters in the sport is about to square off against each other in the ring.

History to be made as Taylor and Serrano square off 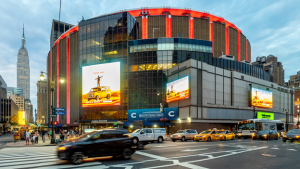 Of course, Madison Square Garden in New York, USA, on Saturday, April 30, will see Katie “The Bray Bomber” Taylor go up against Amanda “The Real Deal” Serrano for the WBC Female, WBA (Regular) Female, IBF Female, and WBO Female titles when the pair clash in a lightweight bout that has been scheduled to take place over a total of 10 rounds.

Indeed, there is plenty to get excited about, as the contest will see the best of the best go head-to-head, with an extreme amount on the line for both individuals. All you need to do is to take a look at the Tale of the Tape and the achievements both fighters have managed to accomplish in their careers, with it possible to argue that they are very similar in regard to success despite the fact that Serrano has a number of years on Taylor in regard to being a professional competitor.

Tale of the Tape

Let’s take a closer look at the Tale of the Tape below:

Are there any potential advantages or weaknesses that can be exploited?

As can be seen from the Tale of the Tape, both Taylor and Serrano are relatively matched in regard to physical attributes, as they both stand at a similar height, thus having a rather similar reach. This could make the contest rather interesting between the pair as they will know that they will need to stay rather close to each other if they are to land the blows that they want to make.

Perhaps the only advantage that could be found in this contest is the fact that the Puerto Rican is extremely experienced when it comes down to having professional fights, although that is unlikely to phase the exceptionally talented Irish star.

Serrano’s 42-1-1 fight record and 30 knockouts at a rate of 71% should really be rather concerning, though, as it shows that she has the power in her punch to floor her opponents with regularity and ensure they are unable to get back up from the canvas and defend themselves properly.

Indeed, many will perhaps see this particular skill set as the defining factor within this fight, and those in New York or those who decide to go and watch this fight live at the Madison Square Gardens venue on April 30 may look at this particular betting market as an option when the contest takes place.

Indeed, the state of New York has recently introduced regulations that have allowed sites to go live with online sports betting offerings, with a range of platforms available to use. WynnBET is a great option for NY fans who will be looking to obtain the best odds across a variety of different markets.

However, as already mentioned, and those who do decide to place a wager on the blockbuster fight will notice, it will be important not to rule out Taylor and her chances, as she is an accomplished fighter in her own right and the odds offered will certainly highlight that come fight night.

The Irish boxer has managed to become a star of the female boxing scene in a relatively short time and has been able to blow many of her opponents away with dominant performances, despite the fact that she has had to go the distance on the vast majority of those fights.

For some, the only criticism about the 35-year-old is that perhaps she just lacks the clinical finish.
Plenty of excitement around the world for this fight

As highlighted at the beginning, the world will be interested in the Taylor vs Serrano fight when it takes place, with the fight already having caught the attention of many as pre-sale tickets sold out in an extremely quick fashion.

Being promoted by Jake Paul and Eddie Hearn, the social media took to Twitter and wrote: “Pre-sale for Taylor vs Serrano is closed. It officially ranks as the second highest-selling pre-sale boxing event in Madison Square Garden history. Hell yeah. Congrats, ladies.”

With this in mind, it is clear that there is a lot of anticipation for this event and those that are going to be able to witness the contest happen in person will perhaps have felt that they have won the lottery as the tickets would have been as rare as gold dust once they were released.

To further highlight how significant the fight will be in women’s boxing and the future of the sport, Jake Paul confirmed to The MMA Hour with Ariel Helwani: “They are getting paid in the seven figures. This is historic. It’s never happened for women, guaranteed seven figures plus pay-per-view.”

What prediction can be made regarding the outcome of Taylor vs Serrano?

Although it is never easy to try and foresee an outcome when two of the world’s best fighters meet in the boxing ring for the very first time, there will be many that will already be having a say and making their predictions about what might happen in the fight.

Unfortunately, we might have to sit on the fence about this one as we know that this contest is far too close to call and one that can have a huge impact on both of them. Taylor is currently unbeaten and her legacy would certainly be solidified, whilst Serrano has accomplished everything there is to achieve in the sport, although she is yet to compete against anyone quite like the Irish boxer! 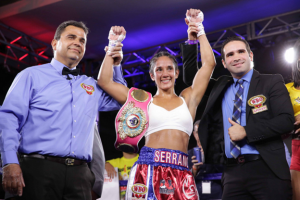 What we do know is that Madison Square Garden should be the only place anybody has their eyes on when April 30 arrives!