Kayla Harrison: Beyond the Gold

The gold medal. A monumental achievement for any competitor, something an athlete can spend a lifetime chasing. For Kayla Harrison, who has won two, the gold is only one chapter of her story.

Harrison, 26, won her second gold medal in women’s judo at the 2016 Olympics in Rio. Shortly after, the Massachusetts judoka retired from competing.

"I’ve had an amazing career,” Harrison said in an exclusive interview with Fight Sports. “I’m very proud of everything I’ve been able to accomplish on the mat and off of it so far in my life. The last four years of my competitive career have been the hardest, and it’s much harder to stay on top than it is to get to the top. To put my body and my mind through that again is just asking too much.”

While her competitive judo days are over, Harrison still plans to make a mark in the judo community. She was recently promoted to the rank of rokugan, or sixth-degree black belt, a rare honor for someone of her age. The ranking means she is qualified to teach and spread her own knowledge of the sport to others.

"I want to share my passion for the sport,” Harrison said. “I want to give back to it what it’s given to me all throughout the years. I’m sure it’s probably a little controversial to some people, promoting someone so young to a rank like this, but I’m looking forward to proving to all of them that I’m ready for it.” 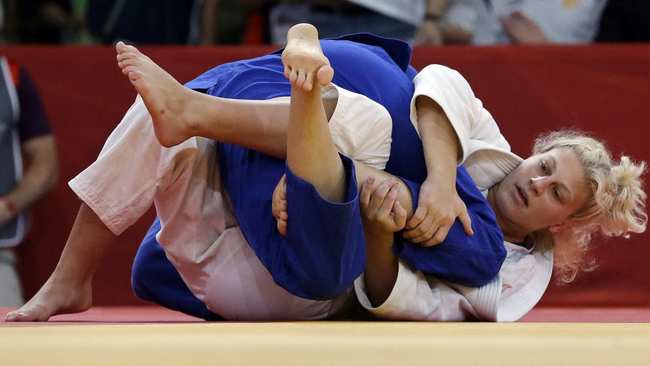 The Olympian will be switching gears when it comes to her training, as she plans on taking up jiu-jitsu at her teammate Travis Stevens’ gym in Massachusetts. Stevens, who won a silver medal in judo at the Rio Olympics, is a black belt in Brazilian jiu-jitsu and proof of the potential for crossover success in martial arts. Harrison also has developed a friendship with jiu-jitsu legend Renzo Gracie, which further inspired her to dive into a new martial art.

"It’s going to be a lot easier on my body than judo is,” Harrison said. “I think jiu-jitsu is gonna be a great way for me to stay in shape, to still do a combat sport, to use the tools that I already have, but to have fun with it. I don’t plan on competing or anything, I just plan on getting out there and learning something new.”

When a young athlete of Harrison’s pedigree transitions from one martial art to another, there is one question that hangs over their head until it is answered with certitude: What about mixed-martial arts?

Harrison, who comes from the same background as the most successful female fighter in history, has received numerous offers from MMA organizations. Though she has her reservations about the sport, Harrison has not ruled it out.

"I haven’t closed the door on it at all. In fact, there’s still discussions pretty much daily about whether or not I’m going to do it, or want to do it, or if I could be any good at it. But for me, I have to do a lot of soul-searching. I’m not ready to commit myself to something like that just yet.”

Harrison left competitive judo in part because of the toll the sport took on her body, a toll that would be amplified if she entered the world of cagefighting. If she was to pursue a career in MMA, she would have to prepare herself mentally as well as physically.

“I’ve had a lot of injuries, I’ve put my body through the ringer this past 20 years," Harrison said. "So I don’t know, I haven’t really made a decision. There’s still offers and I’m still considering it. For now, I’m just gonna do some soul-searching.” 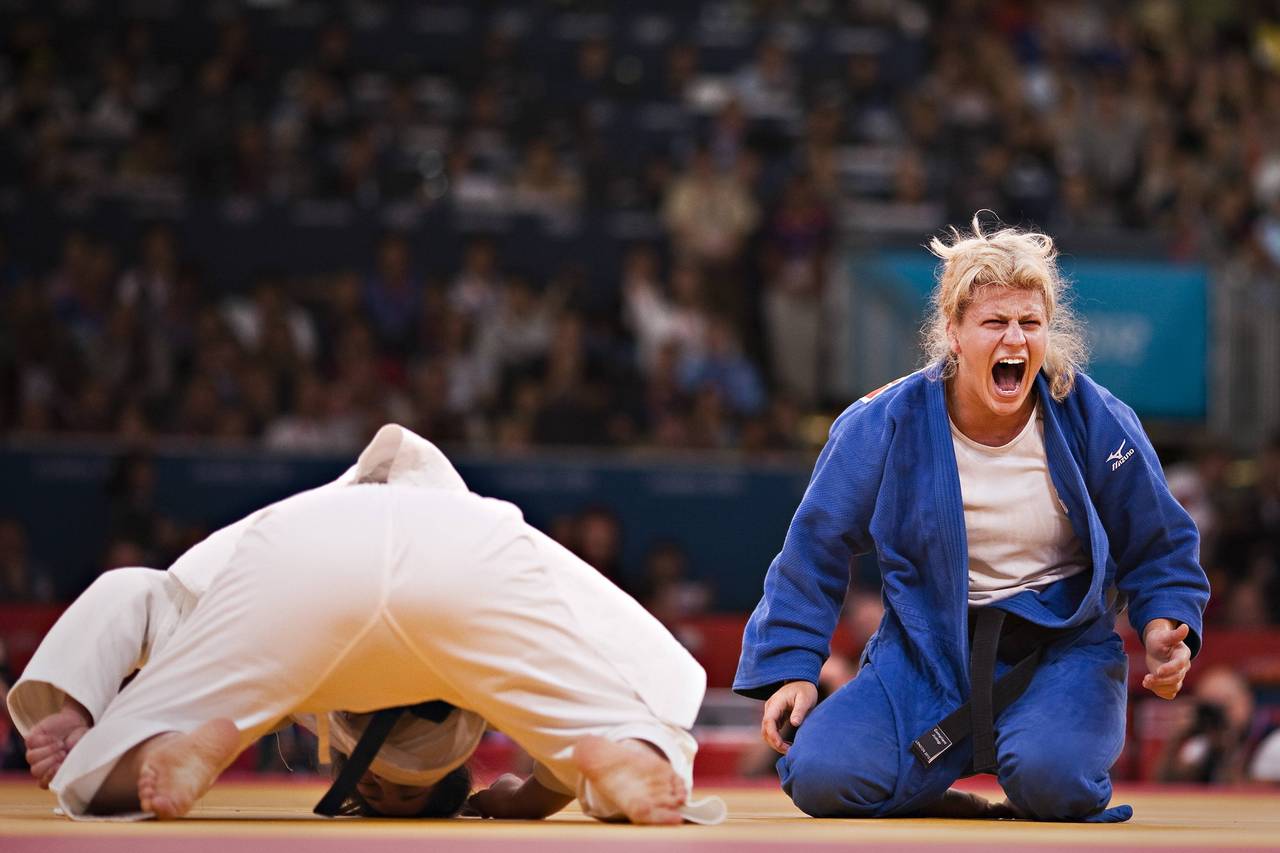 Beyond sharing a judo background with Ronda Rousey, Harrison maintains a friendship with the MMA superstar. The two have trained together on the mats, and from a distance Harrison has watched Rousey’s career and absorbed any lesson she could find in it.

Rousey reached out to Harrison after the Olympics, congratulating her and offering advice as Harrison prepares to move on from the hunt for gold medals. If Harrison does pursue mixed-martial-arts, she will surely look to Rousey for guidance.

"Before I make any big decision, I’m gonna wanna pick her brain and ask her what she would do differently or what she wishes she had or hadn’t done and if I could do it, how I could do it any better. I definitely feel like I’ve learned a lot from her career just by sitting back and watching. I really hope if I do decide to do MMA, that I can take her mistakes and sort of learn from them, and hopefully do a little bit better.”

But for now, Harrison’s main focus is giving back, and not just by passing on her judo knowledge to students.

Four years ago, Harrison created Fearless Foundation, an organization to educate the public about sexual assault and help victims. She believes there is a need for a premier foundation to help survivors of sexual assault, and hopes to build that now that she has put her martial arts career on the back burner. While her potential future in fight sports is uncertain, her plans for Fearless Foundation are as firm as her two gold medals.

"I’m writing a book with a psychologist from McLean Hospital, which is a really big hospital here in Boston that works a lot with victims of sexual abuse and PTSD patients,” she said. “Our goal for the book is for it to be in the 7th grade health class curriculum. I want kids to have to read my story [in one chapter], which will kind of be a guideline, and the next chapter is from the psychologist’s point of view. We really want to take it to a whole new level.”

A whole new level. For the 26-year-old, her entire career has been about breaking new ground, building on the foundations set by her predecessors and forging her own path. Whether we’ll see her in the cage one day, or on the mats again, Kayla Harrison will prove that the gold medals were only the beginning.