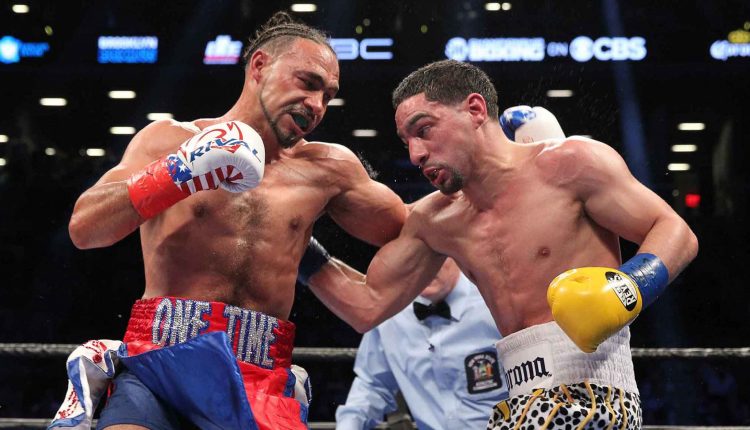 Danny Garcia’s (37-3, 21 KOs) return to the ring drew a round of applause from multiple boxing experts around the world.

However, make sure that you don’t count Keith Thurman (30-1, 22 KOs) in that list. Even if he has something positive to say about Garcia, he doesn’t think that the 34-year-old can change their in-ring record.

The man from Philadelphia returned to competitive boxing for the first time in 20 months with a twelve-round decision win against Jose Benavidez Jr.

This was the same stadium that hosted Thurman’s win over Garcia in March 2017. It was a WBA/WBA unification bout between unbeaten welterweight titlists.

Garcia had mentioned that Thurman is on his hit list as he seeks to avenge his disappointing loss against the 33-year-old. However, Thurman is optimistic and believes that a potential rematch would turn out even worse for his rival.

“I beat that boy with bone spurs. You see, I wasn’t even at my best.”

Thurman’s win over Garcia also came at an expense as he had to remain out of action for 22 months, allowing two injuries to heal completely.

Amanda Nunes Open To A Third Fight With Valentina Shevchenko