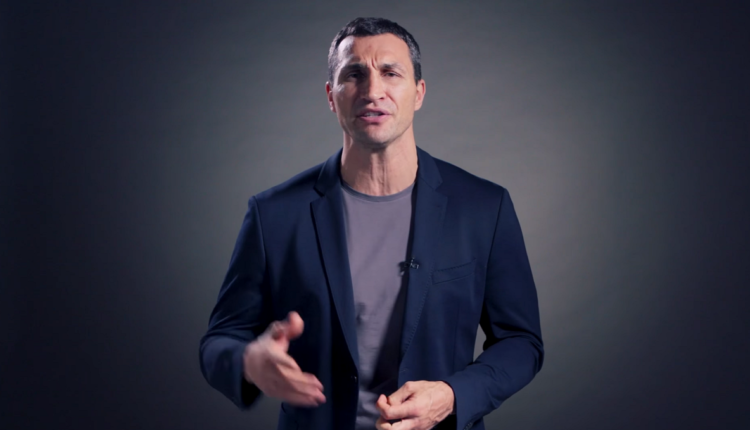 Klitschko: ‘I Am Always Ready To Help Oleksandr’

One of the top heavyweight boxers of the last few years is looking to give back in a major way.

Wladimir Klitschko, a former lineal heavyweight champion, has shown interest in the career of former lineal cruiserweight champion Oleksandr Usyk during his transition to heavyweight. Usyk, the current mandatory challenger to Anthony Joshua’s WBO Heavyweight Title, is set to face off against Dereck Chisora in a time to be determined due to the coronavirus.

Usyk won the WBO Cruiserweight Title in 2016 in only his tenth pro fight. After winning the World Boxing Super Series Cruiserweight Finals, Usyk (17-0) joined the heavyweight division. His debut fight against Tyrone Spong was off due to the latter testing positive for a banned substance. Instead, Usyk fought Chazz Witherspoon and had an average bout, winning by corner retirement. Now, he is looking to get past a WBO Inter-Continental Heavyweight Champion in Chisora.

“Oleksandr’s fight with Derek Chisora will give answers to many questions,” Klitschko stated to mixsport.pro, via The Sun. Oleksandr is ready for this fight.

“I always support him. I even worked for him as a sparring partner. We last sparred several months ago.”

Klitschko and Chisora have a history with one another. The latter lost to Vitali Klitschko back in 2012 for the WBC Heavyweight Title. During the whole ordeal, Chisora spat water into the face of Wladimir. While he didn’t do anything to retaliate, this could be that opportunity.

As far as Usyk goes, Klitschko isn’t dismissing the idea of further helping out a rising heavyweight star.

“Will there be sparring matches in preparation for the fight with Chisora? Anthropometrically, I do not look much like Derek,” Klitschko went on to say. “But for a warm-up I am always ready to help Oleksandr with great pleasure and absolutely free of charge.”

WATCH: Celebrities Team Up For The Ultimate Fight Video