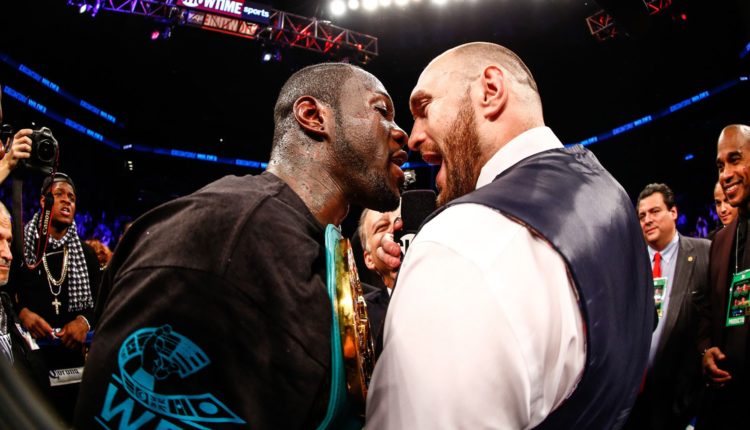 Lewis: Fury-Wilder Is Bigger Than Joshua-Povetkin

When asked about what’s the biggest heavyweight title fight to happen this fall, Lennox Lewis firmly believes that Deontay Wilder and Tyson Fury is the best option against Anthony Joshua and Alexander Povetkin.

While Fury is only two fights into his return to the sport from three-year hiatus due to drug and mental health issues, Lewis feels that is the bigger fight. Lewis told Press Association Sport: “Fury and Wilder is way bigger than Povetkin and Anthony.

“You have two top guys up the top there, and they’re going to be boxing each other, and they’re big. The public wants to see it. (Fury) did the right move (in agreeing to fight in America). He’s really stepping up; he heard the cry and he stepped up.

“It’s a little dangerous, but I thought the (victorious Wladimir) Klitschko fight was dangerous, I was saying ‘Who did you fight to prepare you for this?’ But he showed up on the night and he looked good.”

This fight is also a huge moment for Fury’s new trainer Ben Davison, who will need to guide the British boxer against a situation Davison has never faced before.

“They’re getting to know each other,” Lewis Said. If Ben’s getting the right things he needs out of Tyson Fury, and Tyson Fury’s listening, then obviously he’s learning his craft. That’s what you need to do – learn and make sure you’re the best at it.

“Me and Emmanuel Steward was a natural progression. For the first couple of fights, I remember him talking and saying he wasn’t getting what he needs out of me; I need to try a little bit more, do these different things.

“I don’t know how (Davison) reacts under these conditions. To make that type of move they’ll have to do a lot of thinking about it; it’ll be interesting to see.”