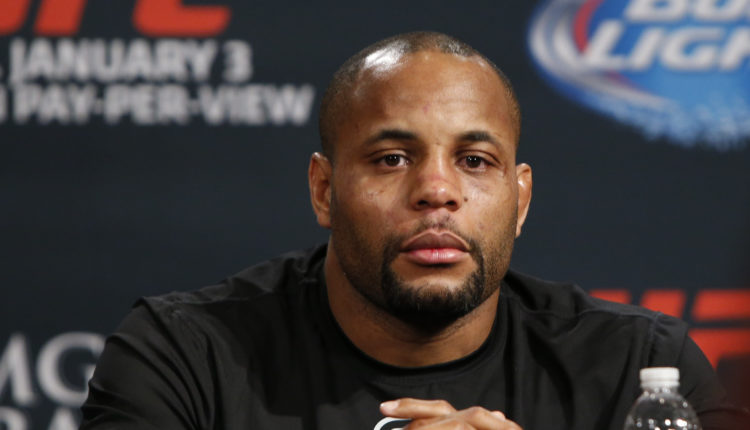 Former UFC Light Heavyweight Champion, Daniel Cormier spoke with the Fight Society podcast, and claims that his UFC 214 opponent Jon Jones has irreparably tarnished his legacy with all of the controversies he has found himself in.

“I think enough is enough now honestly, if I’ve got to be honest with you. I think it’s very difficult to consider someone the greatest of all time when there are these types of allegations tied to them. I think that’s probably the easiest and the best way I could say it right now without going too far in one direction, just because I don’t know. I’ve said it before that he’s the greatest of all time. I’ve been in there with him twice and I know that he’s a tremendous fighter, and I do believe he would have had a ton of success without doing anything wrong. But when you start tying those negative things to your name and your legacy, it’s kind of hard to say this guy is the best fighter of all time.”

Jones has had a remarkable UFC career, but with two titles stripped from him due to personal demons, and a potential third suspension looming due to a positive test following UFC 214, Cormier thinks that Jones’ recklessness will cost him his legacy.

“To me, it’s just being super careful with what you put in your body, what you’re around, that type of stuff. You can’t think that you can roll around in the dirt with bad people and not get dirty. That doesn’t happen. You have to be much more careful associating yourself with good people that have your best interests at hand. . .The problem is, even if they find him just negligent again, people aren’t very lenient when they find you negligent on multiple occasions.”

And while Jones’ greatest rival feels this way, Cormier also feels that Jones should be entitled to be “Innocent until proven guilty” and given due process.

“I think people owe that to Jon and his team and everybody else, USADA, to give them time to get all this stuff done. Get that B sample in, make sure everything is tested thoroughly, and then we can all start to move forward… I think people want resolution to it faster than it can be had. I’m just kind of sitting here taking it for what it is because right now what he has done has not been confirmed. Will it be confirmed? Maybe. But as of right now, he still is entitled to the process.”

Kavanagh: Conor And Diaz Should Be Next