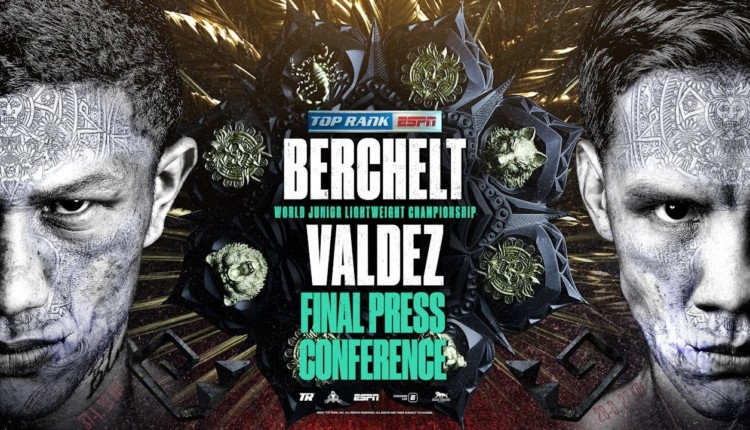 The final pre-fight press conference for Miguel Berchelt vs. Oscar Valdez has arrived.

Today, February 18, Berchelt and Valdez will be featured in a press conference to hype up their main event title fight this Saturday night. It’ll be Berchelt putting the WBC Super-Featherweight Title on the line against Valdez on February 20.

You can catch a live stream of the pre-fight press conference above with a tentative start time of 3 p.m. ET.

Berchelt vs. Valdez will air live on the major ESPN network and on FIGHT SPORTS in over 30 countries worldwide. Check your local listings for availability. If you can’t catch the action live, then visit the homepage for live results and highlights on fight night.