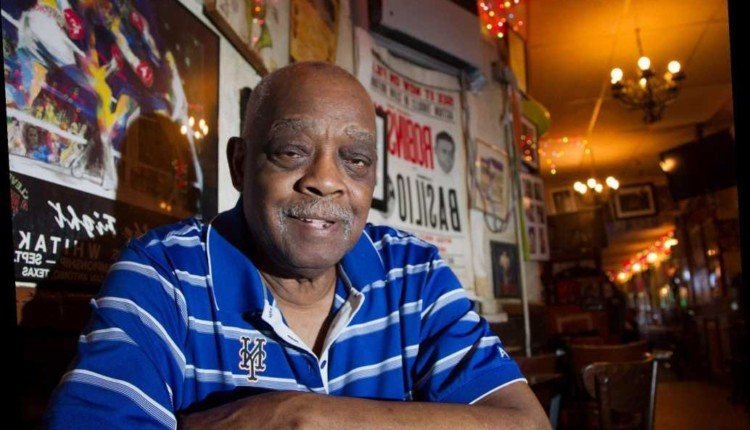 A staple of New York dining and boxing in general has died from the coronavirus. Boxing Scene was the first to report that Jimmy Glenn, who has been hospitalized for several weeks, past away earlier today. He was 89.

Glenn was around boxing for over 70 years, whether as a fighter, trainer, or a cutman. He admired fighters like Sugar Ray Robinson and Joe Louis and watched bouts in his home of New York City.

In the amateurs, Glenn almost beat NBA, The Ring, and lineal Heavyweight Champion and International Boxing Hall of Famer Floyd Patterson. He ended up working in the corner of Patterson, as well as fighters like Bobby Cassidy, John Meekins, Howard Davis Jr., Jameel McCline, Terrence Alli, and Mark McPherson. Glenn also worked as a cutman for several of these fighters. According to The Ring, Glenn opened a gym, The Times Square Boxing Gym, where he trained Muhammad Ali. The gym ended up closing down following the Times Square renovations.

What Glenn ended up becoming famous for in New York was Jimmy’s Corner, a dive bar he opened up in 1971. The place showcased old boxing photos, and celebrities and fans from all over came to 44th Street to eat food and grab a drink. The place was used as scenery for “Raging Bull”, and Robert DeNiro ended up becoming a regular there.

Lou DiBella of DiBella Promotions was close friends with Glenn. A promoter of some of the top boxers in the world, male and female, DiBella reflected on Glenn and what he meant to him.

“There was nobody better than Jimmy Glenn, man. He was one of the best human beings I’ve ever known in every way. He was strong, but he had a heart of gold,” DiBella stated. You talk about people who walk this Earth who are just better basically than most of us, and he was one of those people. He’s been a big part of my life for like 30 years. Literally, from when I first met him, when I first started at HBO and Artie Curry first introduced me to Jimmy and I started hanging out at his bar, he became a confidante.”

Glenn is a current member of the New York and New Jersey Boxing Hall of Fame. He is survived by his son Adam.

Cruz: ‘I Can Make A Difference In These Times’

Beltran: ‘Munguia Can Give Canelo A Fight Of His Life’