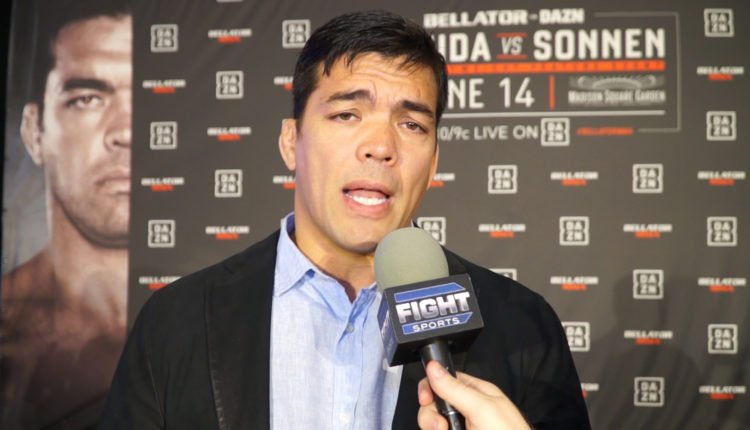 Last week, Lyoto Machida and Chael Sonnen were announced as the headliners for Bellator’s return to Madison Square Garden this June.

A fight that was nearly made eight years ago in the UFC, now is the featured fight for their chief rival, as Machida enters his second fight of a multi-fight deal with Bellator.

Sonnen, known for his wrestling style hype, made sure to note the only reason he wants the fight with Machida, outside of the honor of fighting the former UFC light heavyweight champion, is the ability to garner revenge for teammates Randy Couture and Dan Henderson, both fighters who fell to Machida in the UFC.

While Sonnen promised no hyperbole or “manufactured” statements to hype the fight, Machida told FIGHT SPORTS he is weary of what comes out of the Oregonian’s mouth.

“I already know it’s hard to find somebody like me,” Machida said of Sonnen’s claims of Machida being “impossible” to train for. “Every fight is different. So, Chael is a smart guy, he knows how to train…and he’s an icon in this sport.

“What I’m gonna half to do is training, have a good game plan, and I cannot listen to Chael. Sometimes it can be good, sometimes it could be bad too, because I’ve gotta be neutral. I don’t care about what he’s gonna say in a good way or a bad way.”

Machida also is focused on winning Bellator gold, and with a logjam at 205 pounds, the former UFC champion looks at middleweight, and who walks out of Bellator 223 between Gegard Mousasi and Rafael Lovato Jr.

“After I beat Chael, one week after my fight, Mousasi is going to fight Lovato…I’ll be waiting for the winner, and once (the winner is announced), I’ll figure out my next move, but it’ll probably be for the belt.