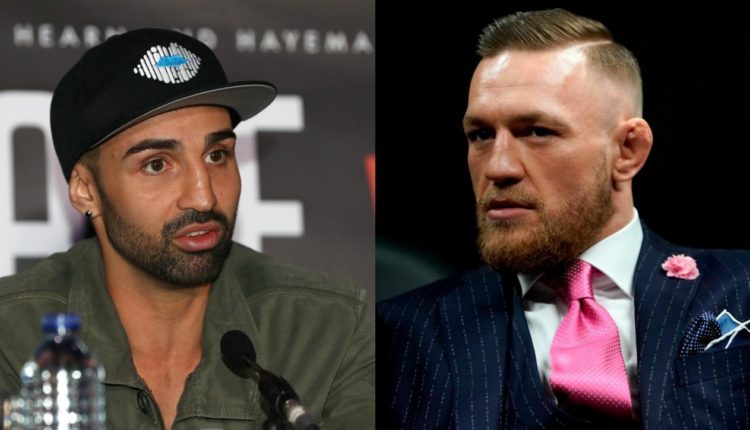 Malignaggi: McGregor Wouldn’t Stand a Chance Against Him, Pacquiao

It has been a few years, but the rivalry between Paulie Malignaggi and Conor McGregor continues to be as relevant as ever.

Malignaggi (36-8), who retired in 2017, stated a return to the ring isn’t impossible. In fact, he would be willing to come back just to take out McGregor. The 39-year-old told Boxing Scene that the beating he would give the former UFC Lightweight and Featherweight Champion would be a long time coming.

“We both know what I did to him in the gym that day in 2017,” Malignaggi stated. “The Conor McGregor fight always interests me. I will gladly do winner takes all the money in that fight. I will put my finances at risk because it will be a pleasure to beat that guy up. There would be a lot of money in the pot. I would rather let the winner take it all. He’s dragged my name too much in the mud. He knows he will get the sh*t beat out of him if he tries me. Him and I both know that. He gets stopped, 100 percent, no doubt about. He can’t last the distance in a boxing match.”

Malignaggi is referring to when he was a training partner to McGregor prior to the latter’s fight with Floyd Mayweather in 2017. The video footage McGregor shared showed a one-sided sparring session, something Malignaggi did not appreciate. He has since called out McGregor for not releasing the entire video. He believes it was a marketing ploy to make him look bad and make it seem like McGregor was ready for Mayweather.

Mayweather ended up beating McGregor via TKO in the tenth round of their fight. Malignaggi believes a rematch between the two, which has been talked about, is impossible due to Mayweather’s current retirement. Anything can change, but as of now, nothing is on the table for Mayweather. As far as a future opponent for McGregor goes, Malignaggi also named a fighter who Mayweather has faced before in Manny Pacquiao.

“I think Manny Pacquiao obliterates McGregor in one round,” Malignaggi went on to say. “McGregor will have advantages of bringing money to the table, but I think he values his name. If he’s going to fight either of us in a boxing match, he’ll be exposed. He quit during his submission losses in MMA. As soon as it gets hard for him. He looks for the first way out. He’s the king of ‘perception is reality.’ In boxing, he’s going to taint his name because there aren’t too many ways out of a fight. He basically quit against Mayweather and stopped throwing punches. He was in shape. I was in camp with him. He was looking for a way out of that fight.”

The relationship between McGregor and Pacquiao is interesting considering the latter joined Paradigm, McGregor’s management team. McGregor has also stated his desire to fight in a boxing ring again, and that he was looking into a Pacquiao fight.

How do you see a fight between Pacquiao and McGregor going?

Run It Back: David Michaud Reflects On His Hard-Fought Wins