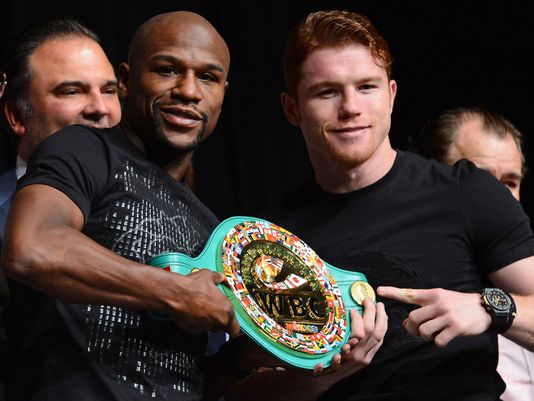 In 2019, Forbes had Canelo Alvarez ranked fourth as the highest-paid athlete in sports at $94 million. This comes after his 11-fight, $365 million deal he made with DAZN in October 2018. One person who is not impressed with his deal or his place in the record books is Floyd Mayweather.

Mayweather (50-0), who earned over $910 million over the last decade, took it upon himself to step down on Canelo (53-1-2). This is especially true when given the structure of how much money they have earned in their careers.

Mayweather fought Canelo in 2013 when the latter was barely in his prime. He ended up beating Canelo via majority decision. While Canelo has improved and earned a contract, Mayweather still dismisses him. “Money” Mayweather also made it a point to state he made $300 million alone off of his bout with MMA star Conor McGregor, as well as $9 million just for an exhibition bout against Tenshin Nasukawa in RIZIN.

Staying retired, Mayweather has no interest in facing Canelo or anyone else. Can Canelo end up reaching the monetary mark held by Floyd over the years?

Barry: Ruiz Would Knock Out Whyte