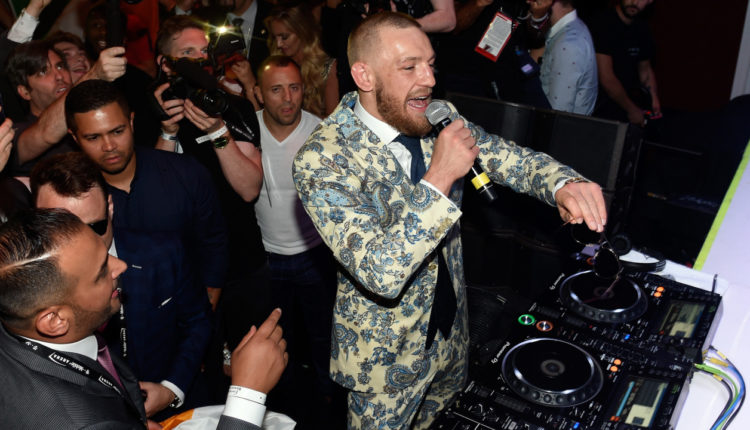 McGregor Confirms He Was Set For UFC 224 Card

If Conor McGregor never walked into media day at UFC 223, Rafael dos Anjos may not be fighting on Saturday night.

In an Instagram post on Wednesday, celebrating his ranking on the Forbes Highest paid athletes list, McGregor let it slip that he was supposed to fight last month in Rio.

Made it to number 4 on the Forbes list this year. If I had of fought on the agreed May 12th bout in Rio De Janeiro, I would have surpassed Ronaldo and Messi to take 2nd place. Something came up however… Ah well, still under 30.

“Made it to number four on the Forbes list this year,” McGregor wrote. “If I had of fought on the agreed May 12 bout in Rio de Janeiro, I would have surpassed (Cristiano) Ronaldo and (Lionel) Messi to take second place.”

May 12th being the date of UFC 224, which was headlined by a Amanda Nunes successful title defense against Raquel Pennington.

In a report by Ariel Helwani, McGregor would have had the spot now taken by Colby Covington, as he and Rafael dos Anjos would have fought for the interim welterweight title.

The two were originally slated to face off at UFC 196, but dos Anjos would be pulled due to a foot injury and being replaced by Nate Diaz.

McGregor is currently facing three charges of assault and one count of criminal mischief for his involvement in the attack on a bus during UFC 223 media day.