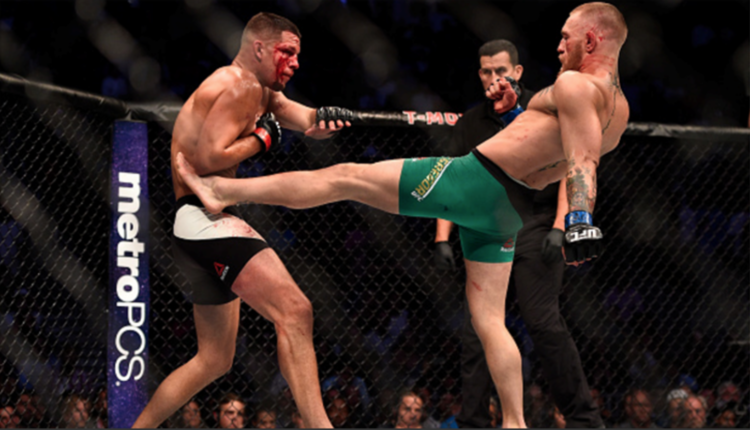 Conor McGregor might have accepted the boxing showdown against Floyd Mayweather for the rumored $100 million paycheck, but the Irishman plans to return to his mixed martial arts roots after business is settled on August 26.

‘The Notorious’ confirmed the reports that he is thinking about returning to MMA’s premiere promotion to defend his UFC lightweight title against the undefeated Khabib Nurmagomedov, telling Chamatkar Sandhu of MMA Junkie that he would like to fight the Dagestani fighter in Russia.

“It’s certainly one of the things I would like to do,” McGregor said backstage at London’s Wembley Arena on the final day of the MayMac world tour. “Whether it’s next, I don’t know. I don’t even know how close the Russia thing is. Whether Khabib can pull his (expletive) together; he missed weight.”

McGregor then switched his attention to MMA fan favorite Nate Diaz, who is the only fighter to beat him under the UFC banner. Diaz submitted McGregor at UFC 196 but lost via majority decision in the epic welterweight rematch last year at UFC 202.

McGregor, who celebrated his 29th birthday on Friday by rallying the London crowd to shout ‘f-ck the Mayweathers’, said a trilogy bout with Diaz is definitely on his mind.

“There’s a few of them in the mix,” he said. “A few of them need to pull their (expletive) together, though, and get interest going and get me interested. Right now I don’t actually see anything. That Diaz trilogy is also on my mind.”

Diaz, who hasn’t fought since he lost the rematch to McGregor last Summer, has kept active on social media by criticizing the Dubliner for fighting Mayweather.

McGregor, though, thinks Nate should be thanking him for turning him into a multi-millionaire.

“He should really be thankful,” McGregor said. “Before he fought me he was (getting paid) 20,000 to show and 20,000 to win. His 19th fight in the UFC, and he was on 40 grand. Now he’s a multi-millionaire. So, I don’t know why he’s sitting there so bitter. Maybe them smacks he took in that rematch messed with his head a little bit. I hope not, but I think they did.”

While McGregor didn’t specify a date for his UFC return, the former featherweight and current lightweight champion wants to be back in the Octagon for December, according to long time coach John Kavanagh.