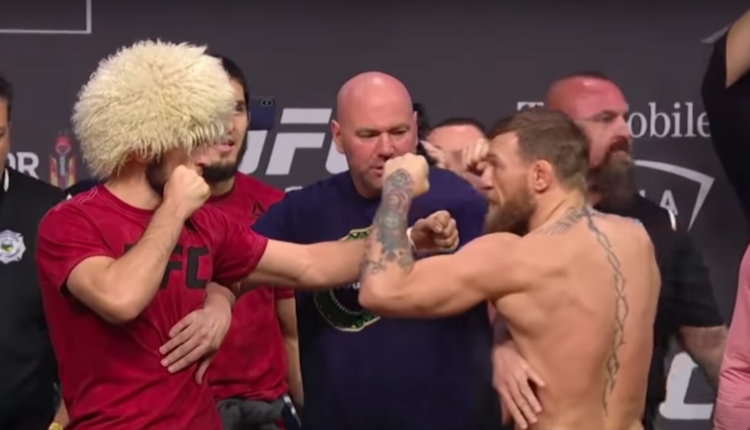 McGregor On Stand By For Khabib-Ferguson

A win at UFC 246 may get Conor McGregor one injury away from getting back the UFC lightweight championship.

McGregor, who faces off against Donald Cerrone on January 18th in the main event of the first UFC pay-per-view of 2018, has been tapped as the replacement fighter for either current 155-pound champion Khabib Nurmagomedov or challenger and former interim champion Tony Ferguson, who will face off this April inside Barclays Center.

Speaking with ESPN, White explained how McGregor can find himself main eventing in Brooklyn against Nurmagomedov and Ferguson, who have had five prior fights between the two canceled due to injury or failed weight cuts.

“Because Conor wants to fight three times this year,” White explained why McGregor is returning at welterweight and not at lightweight. “He’s hoping that if he beats Cowboy, he can turn right around and fight Khabib, but that timing and math isn’t going to work out.”

“But you know Conor. Conor thinks the way Conor thinks. His thing is, I’ll fight Cowboy, I’ll beat Cowboy, and I’ll be ready to fight Khabib at 155 if anything happens, because we’re going into Khabib-Tony again. So Conor would be ready for that fight.”

Joshua Explains How And When He’d Beat Wilder