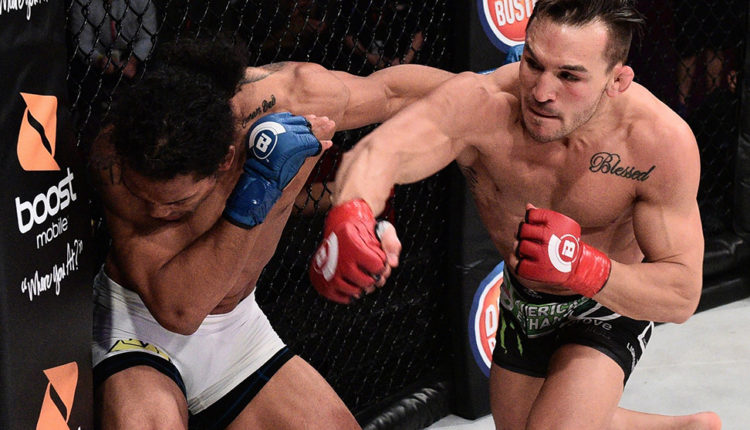 Former two time Bellator lightweight champion, Michael Chandler, is not looking to leave Bellator, as the man tied for the most wins in company history has signed a new deal this week.

As first reported by ESPN, Chandler would sign a new multi-fight deal, which makes him exclusive to the Viacom owned promotion.

“I’m happy that we were able t come to terms with Michael Chandler on a new fight contract,” Bellator President Scott Coker said this week. “He’s had a ton of great fights with us already, is a great representative for the brand and there’s something to be said about him being with the Bellator family as long as he has.

“One day, Michael will be a part of Bellator’s ‘Mount Rushmore.’ He is truly in the prime of his career, so now I look forward to sitting down with the team and putting together a plan for when fans can expect to see Michael in big fights soon.”

Chandler has been fighting for the organization since 2010, and ties for the most victories in company history with 15.

The Nashville native has won six of his last seven fights, and was set to fight for the lightweight title in April, but would be postponed due to an injury to champion Brent Primus

Fighting out of Nashville, Tennessee, Chandler has won six of his past seven. He was scheduled to face defending champion Brent Primus in a title rematch in April, but Primus was forced to withdraw from the bout due to injury.