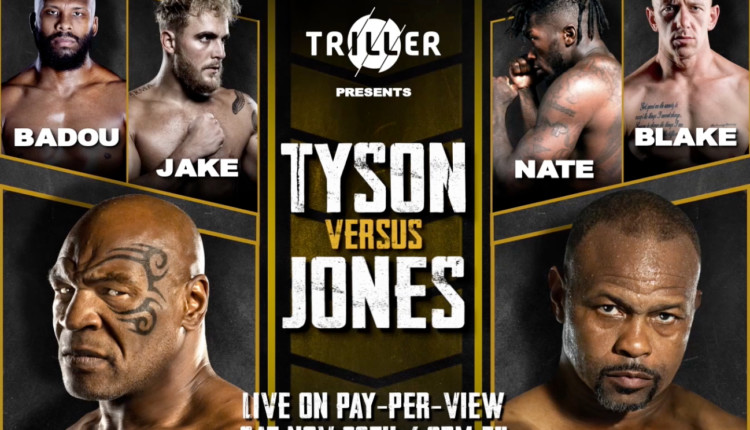 The day has come for the exhibition showdown between Mike Tyson and Roy Jones Jr.

Tyson and Jones are set to throw leather tonight, November 28. The two boxing legends will share the ring inside the Staples Center in Los Angeles, California. While the California State Athletic Commission won’t recognize a winner, the WBC has appointed remote judges and will award a Frontline Battle Title.

The co-main event will feature a professional bout. YouTube personality Jake Paul will have a grudge match with former NBA star Nate Robinson. Also set for the main card is a clash between former WBA and WBC Champion Badou Jack and Blake McKernan.

Missed the weigh-ins? Check out the results and a replay here.

Tyson vs. Jones will be streamed live on Triller and on FITE TV. The asking price is $49.99. You can catch a live stream of the preliminary action on FITE TV.

The first preliminary bout for the Tyson vs. Jones card is set to begin at 8 p.m. ET. Keep refreshing this page for live results as the event rolls along.