The Promotion Has Been Cursed With Injuries Lately 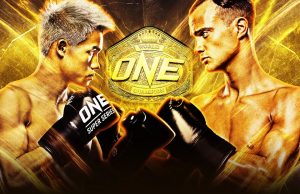 The fight between Sitthichai Sitsongpeesong vs. Mohammed Boutasaa has been moved from the ONE 162 event to the ONE on Prime Video 3 event. ONE Championship hasn’t provided a reason for the move.

“The Natural” Nieky Holzken has also injured himself during preparation for his fight against Islam Murtazaev. Murtazaev will now face Constantin Rusu on ONE 162.