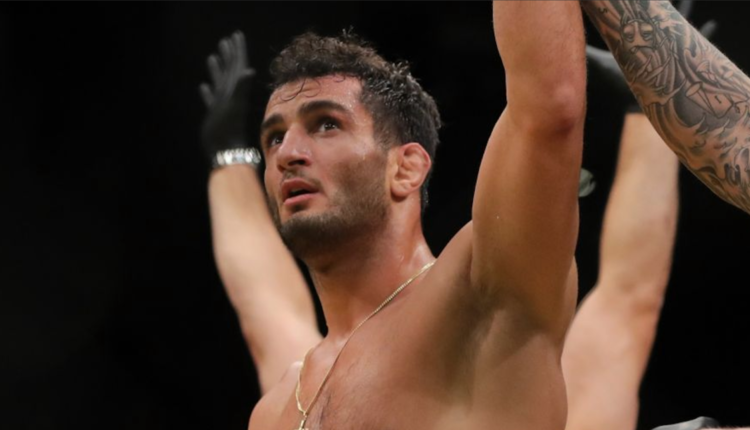 On the heels of his recent Bellator signing, Gegard Mousasi (42-6-2) will make his promotional debut against former champ Alexander Shlemenko (56-9, 1 NC) on Friday, October 20 at Bellator 185: Mousasi vs. Shlemenko, an event that takes place at Mohegan Sun Arena in Uncasville, Conn.

Mousasi is currently riding a five-fight win streak that includes recent knockout victories over two former world champions in Chris Weidman and Vitor Belfort. Prior to his UFC tenure, Mousasi captured the STRIKEFORCE light heavyweight title, as well as the DREAM light heavyweight and middleweight titles in Japan. “The Dreamcatcher,” who currently trains out of The Netherlands, has earned victories over some of the sports’ biggest names, including Dan Henderson, “Jacare” Souza, Mark Hunt, Ovince Saint-Preux, Melvin Manhoef, Hector Lombard and “Babalu” Sobral.

Shlemenko, a former middleweight champion, has competed under the Viacom-owned promotion’s umbrella since Bellator 16 in 2010. Known for his vicious finishing ability, “Storm” ruled with an iron fist over Bellator’s 185-pound division, defending his belt on three occasions. One of the most dominant champions in Bellator history and currently riding a five-fight win streak, which includes a TKO victory over Kendall Grove at Bellator 162, Shlemenko has his sights set on earning a shot at once again becoming world champion.

On the heels of a unanimous decision victory over “Rampage” Jackson at Bellator 175, King Mo returns to meet Britain’s McGeary. Lawal has stepped inside the Bellator cage on 14 separate occasions and was also victorious during RIZIN’s first open-weight tournament in 2015.

Widely regarded as one of the top light heavyweights in the world, McGeary will enter his bout with Lawal looking to once again stake his claim on the division he once sat atop of. A member of Team Renzo Gracie in New York, McGeary brings his renowned jiu-jitsu skills to the table against an opponent who has yet to be submitted in 27-fights as a professional. Of the 34-year-old’s 12 wins, 11 have come before reaching the judges’ scorecards, a feat McGeary hopes to continue in the co-main event of Bellator 185: Mousasi vs. Shlemenko.