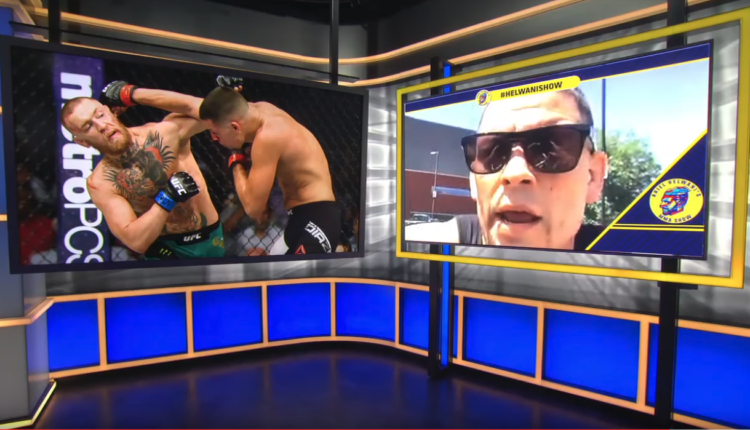 In Glengarry Glen Ross, coffee was for closers, in the UFC it seems Nate Diaz is for “winners.”

Diaz, who makes his return later this year after a nearly three-year absence from the Octagon, will face Anthony Pettis at UFC 241 in August, but when asked about a trilogy fight with Conor McGregor, the Stockton native said to not expect one.

”No, I’m not interested in it at all,” he said. “I’m interested in winners. He lost his last fight, and I won my last fight. You think I’m trying to fight someone who just got his ass beat all over the place? I’m a black belt in jiu-jitsu, that s**t wouldn’t happen to me. Real jiu-jitsu, Gracie jiu-jitsu.”

”Conor’s a** was really disappointing to me,” Diaz said. “Because what happened was, like I said, I didn’t lose that fight. And then they gave him the easy Eddie Alvarez fight, and then he won the title. So I beat him after he won the 145 title and before he won the 155 title, and then he fought Floyd Mayweather. And they’re just dissing me saying I’m turning down fights.”

”I’m like dude, what are you talking about? You’re giving this guy the world, and you’re putting me down. That’s why I haven’t been fighting. Why am I gonna work for you if you guys are over here playing me? So three years went by and they start expecting I’m gonna start screaming for Conor as soon as he loses? Nah, dude, I won that last fight. I’ll fight Khabib. Then Khabib is playing like I have to win something to get to him. I’m like what are you talking about, dude? You got to win to get to me. I slapped you.”

”So that’s my thoughts on that, that’s how I feel,”Diaz concluded. “I don’t care what people think … If someone slaps me, that’s gonna be my first kill. That’s the person I’m coming for and nobody else.”

Khabib’s Dad: Son Has “Options” For Next Fight