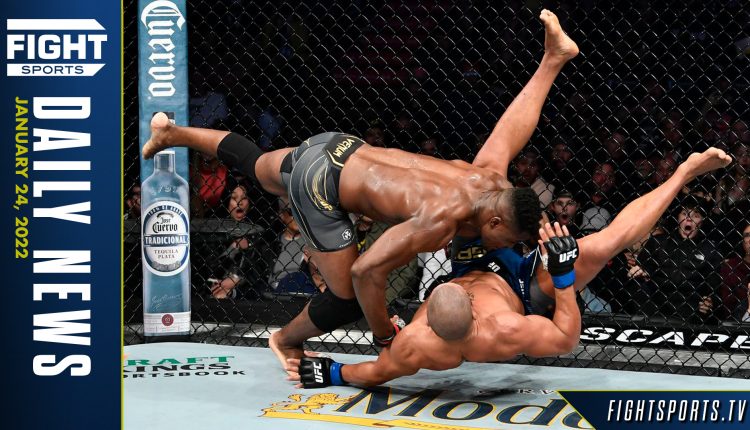 UFC heavyweight champion Francis Ngannou retained his title, but it wasn’t how some fans thought it would end. Several UK media outlets are reporting that Anthony Joshua might be accepting some millions of pounds in step aside money. Dwayne “The Rock” Johnson has launched a partnership with the UFC and their footwear. Today in the Fight Sports Daily News.

Garcia-Cruz Cancelled; Alex Rodriguez Invests In PFL and Who Will Thurman, Bivol…

Haney Won’t Have Head Coach; Tyson Fury Expected To NOT Retire and…